Professor Schieber actively researches the kinetic theory of macromolecules to model the rheological, thermodynamic, and thermal behavior of polymeric liquids. These kinetic theory models are then used to predict the properties of advanced materials during and after processing. His current research projects include:

Because of their long, chain-like structure, polymeric materials in flow are not described by the traditional governing equations of transport phenomena, such as the Navier-Stokes equation, or the usual Equation of Energy. Instead, these materials display a rich variety of properties that can be viscous, like Newtonian fluids, or elastic, like rubber, or something in between.

Polymeric fluids are extremely viscous. Thus, large forces and pressure drops are required to process them. These large pressure drops, combined with large viscosities, cause substantial viscous heating effects which give rise to large temperature gradients. Since the materials are very temperature sensitive, the flow field must be solved simultaneously with the temperature field for accurate predictions.

When polymer melts are deformed in a flow field, the chains can change from an isotropic state to one having preferring orientation and molecular stretching. These preferred orientations are the cause of such anisotropic behavior as normal stresses. Similarly, the thermal conductivity of the polymer can be direction dependent.

Professor David Venerus and Professor Schieber have jointly designed and built an optical experiment to measure the anisotropic thermal conductivity of polymer melts under deformation in all directions. The experiment utilizes an optical technique called Forced Rayleigh Light Scattering. This technique is ideal because it can nonintrusively probe the center of the sample where thermal leakage to the environment is unimportant, and it is extremely temperature sensitive. 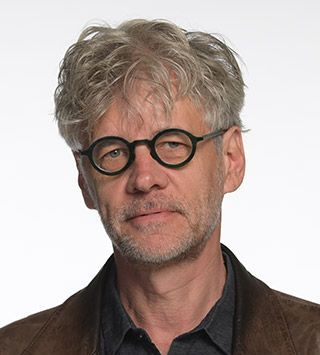