My research centers around designing advanced nanomaterials, achieving desirable properties and functionalities, and tackling complex interdisciplinary material challenges. Current studies focus on the development of facile and reliable synthesis methods for complex metal oxide nanomaterials, the investigation of their novel properties, and the exploration of their application potentials in the areas of optoelectronics, energy conversion, and sustainability. Specifically, we are interested to:

In the past several years after I started my independent academic career, I have established the Multifunctionalized Applications of Oxides (MAO) research group and built a vigorous, competitive and well-funded research program with sufficient external funds (several million dollars). I have led many of my proposal development efforts and built teams to secure grant cross departments, colleges, and universities. As the Principal Investigator, I have secured grants from the National Science Foundation (both regular and MRI grants), the DoD Defense Threat Reduction Agency (DTRA, Young Investigator Award), the DoD HBCU/MI program, the Air Force of Scientific Research (AFOSR), American Chemical Society – Petroleum Research Fund (ACS PRF), the United States Department of Agriculture (USDA), and the Bill & Melinda Gates Foundation. I have also served as co-PIs of an NSF PREM program and a DARPA project.

As a professor, I believe that great mentors are those who help his/her students remove barriers in their thinking and create boundaries to work within. It is our duty to advance our students’ careers and enhance their chances of success in whatever endeavors they choose to pursue. Moreover, my mentees always matter to me on a personal level. I was honored to receive the inaugural Outstanding Mentorship Award from the CUR Chemistry Division in 2019.

Héctor A. De Santiago*, Santosh K. Gupta†, and Yuanbing Mao, On high purity fullerenol obtained by combined dialysis and freeze-drying method with its morphostructural transition and photoluminescence,Separation and Purification Technology,2019, 210, 927-934. 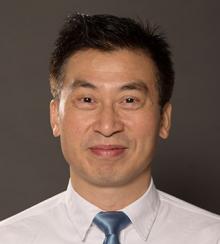