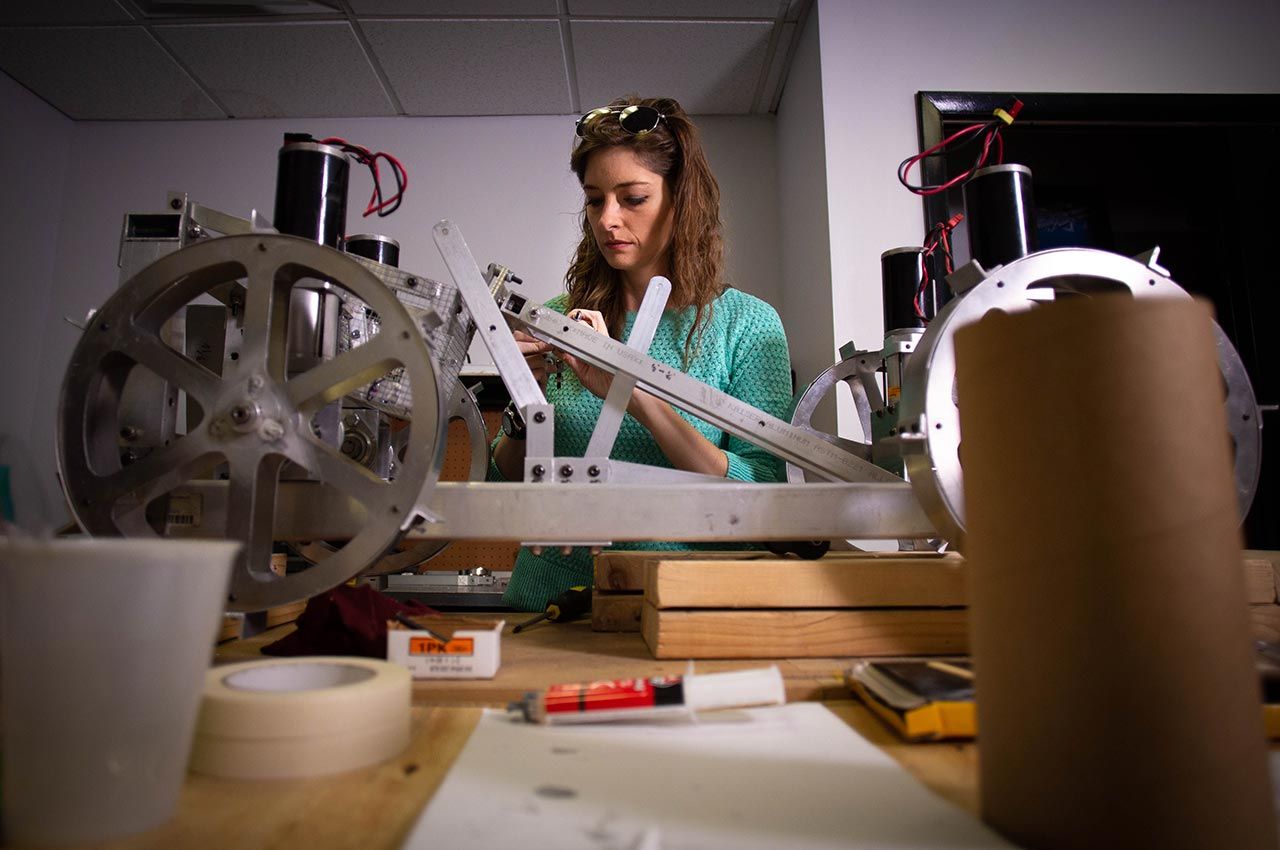 Illinois Institute of Technology undergraduate student Andy de Fonseca (AE 3rd Year) has received a Brooke Owens Fellowship, a competitive award for women and gender-minority undergraduate students. As part of the fellowship, de Fonseca will spend 12 weeks this summer working with Stratolaunch, an aerospace company known for building the world’s largest airplane. The fellowship will also pair de Fonseca with two mentors: an industry professional and a former Brooke Owens Fellow, or “Brookie.”

The fellowship was started to carry on the legacy of Dawn Brooke Owens, an aerospace industry leader who passed away in 2017. Now in its fifth year, the fellowship has quickly become a force for developing new leaders in the industry. “People in the industry know Brooke Owens fellows; they see that on your résumé and they know what that means,” says de Fonseca. “It's just incredibly competitive. They could take away the internship and the mentor, and just being called a Brooke Owens Fellow would be enough.” De Fonseca was one of just 44 fellows selected from more than 800 applicants.

The fellowship picks semifinalists based on applicants’ submitted materials, which this year included multimedia essays and letters of recommendation. Last year de Fonseca was a semifinalist, but after interviewing with the Brooke Owens Foundation she wasn’t selected as a finalist. So this year when de Fonseca found out she was a finalist, she was thrilled. “I literally jumped into my husband’s arms,” she says. As a finalist, she interviewed with SpaceX, Joby Aviation, Rocket Lab, and Stratolaunch, ultimately securing her spot as a Brooke Owens Fellow and Stratolaunch intern.

De Fonseca, who is pursuing an aerospace engineering master’s degree through the Accelerated Master’s Program, also earned several additional competitive awards in 2020. She received a $5,000 scholarship from the NASA-affiliated Illinois Space Grant Consortium, a $7,500 supporting summer research experience from the National Science Foundation, and $5,000 in an award honoring distinguished undergraduates from the Universities Space Research Association.

“She is a very hard-working student,” says Illinois Tech Professor of Electrical and Computer Engineering Mahesh Krishnamurthy. “The level at which she is running is well beyond a typical undergraduate level.” Krishnamurthy has advised de Fonseca on research projects and through her participation in the Illinois Tech NASA Robotics Mining Team, of which she is currently the mechanical team lead.