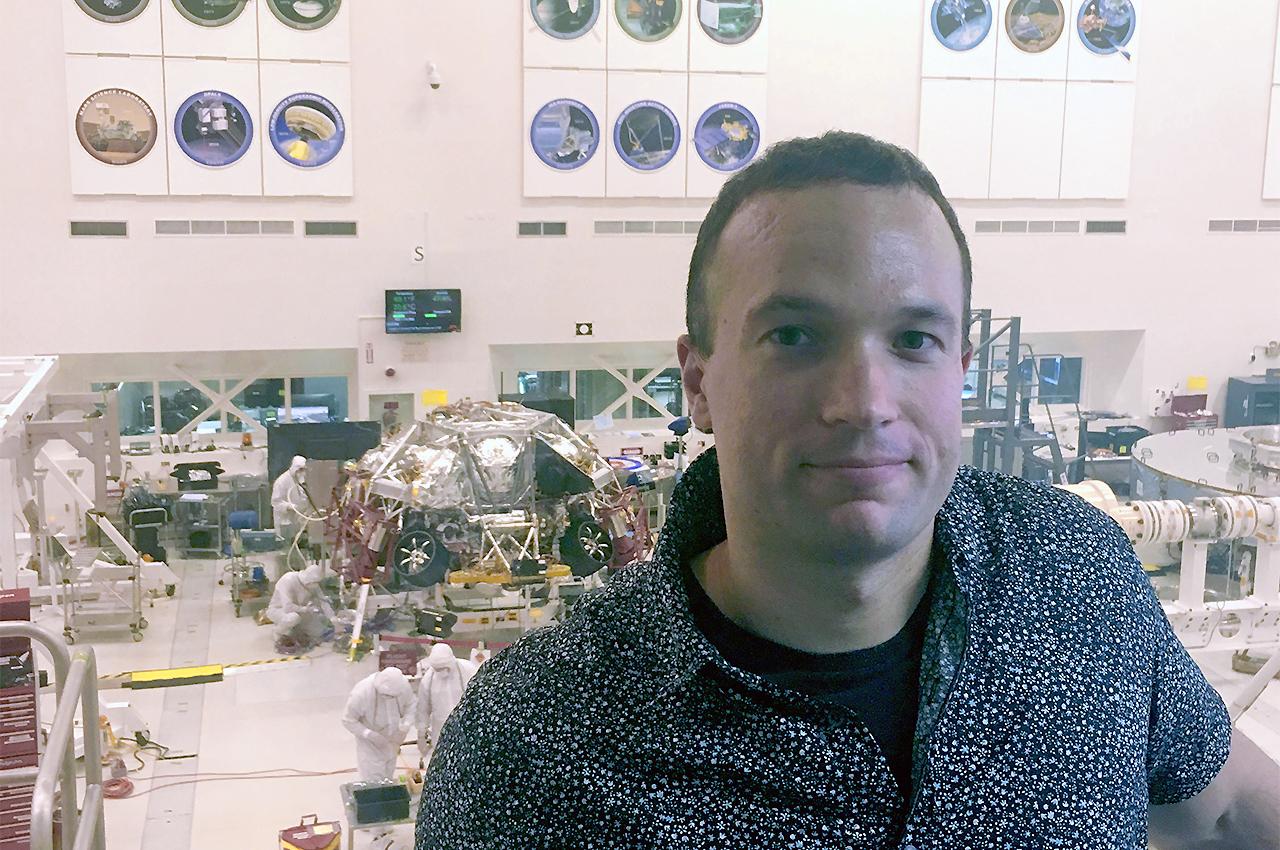 Dan Karcz (M.A.S. DSC student) always has wanted to work at NASA’s Jet Propulsion Lab, and this past summer he fulfilled that goal by interning with the lab’s Deep Space Network.

The Deep Space Network maintains communication with all NASA spacecraft. It is a vital component of space exploration, whether it is with unmanned craft like the Voyager probes or a Mars rover, or more importantly, with crewed missions like those at the International Space Station.

“Anything you’ve ever seen from space comes in to the Deep Space Network,” Karcz says. “So when you lose the signal, it means there’s a data loss.”

Karcz spent his summer mining data to help predict signal loss with NASA spacecraft so lost signals can be more easily diagnosed in the future.

“Sometimes the anomalies aren’t important. Sometimes a planet or a moon blocks the signal, and those are predictable,” Karcz says. “Sometimes signal loss is due to the weather. Wind, rain, clouds, and humidity all can create signal loss, and that’s not as easily predictable.”

For example, strong winds can make a satellite dish antennae with a 70-meter diameter wobble, which might create a signal loss. If a machine-learning algorithm can diagnose the origin of the signal loss, then technicians can immediately work to reestablish the signal instead of taking the time to diagnose it themselves.

As part of his internship, Karcz is looking at past signal loss anomalies and correlating them with the weather conditions to establish patterns and build an algorithm. The Deep Space Network operates 12 antennae, all of different sizes, in three locations, making this a massive data-mining project.

In order for the Deep Space Network to maintain constant contact with spacecraft, it has antennae locations in Barstow, California; Madrid; and Canberra, Australia. Each location has its own weather pattern, adding to the scope of the data-mining project.

“If we look at wind, I will pull all the data on signal loss due to wind,” Karcz says. “Then we can quantify the thresholds of the strength of the wind and the angle of the antennae dish to see how much signal loss there was.”

Karcz says he received positive feedback on his work from people at the Jet Propulsion Lab, and was excited to have the opportunity work on the “amazing” project.

“It’s mind blowing understanding how we can track something that is so far away,” he says. “The signal coming from the Voyager probes is one-billionth the strength of a human whisper. It seems like magic.”