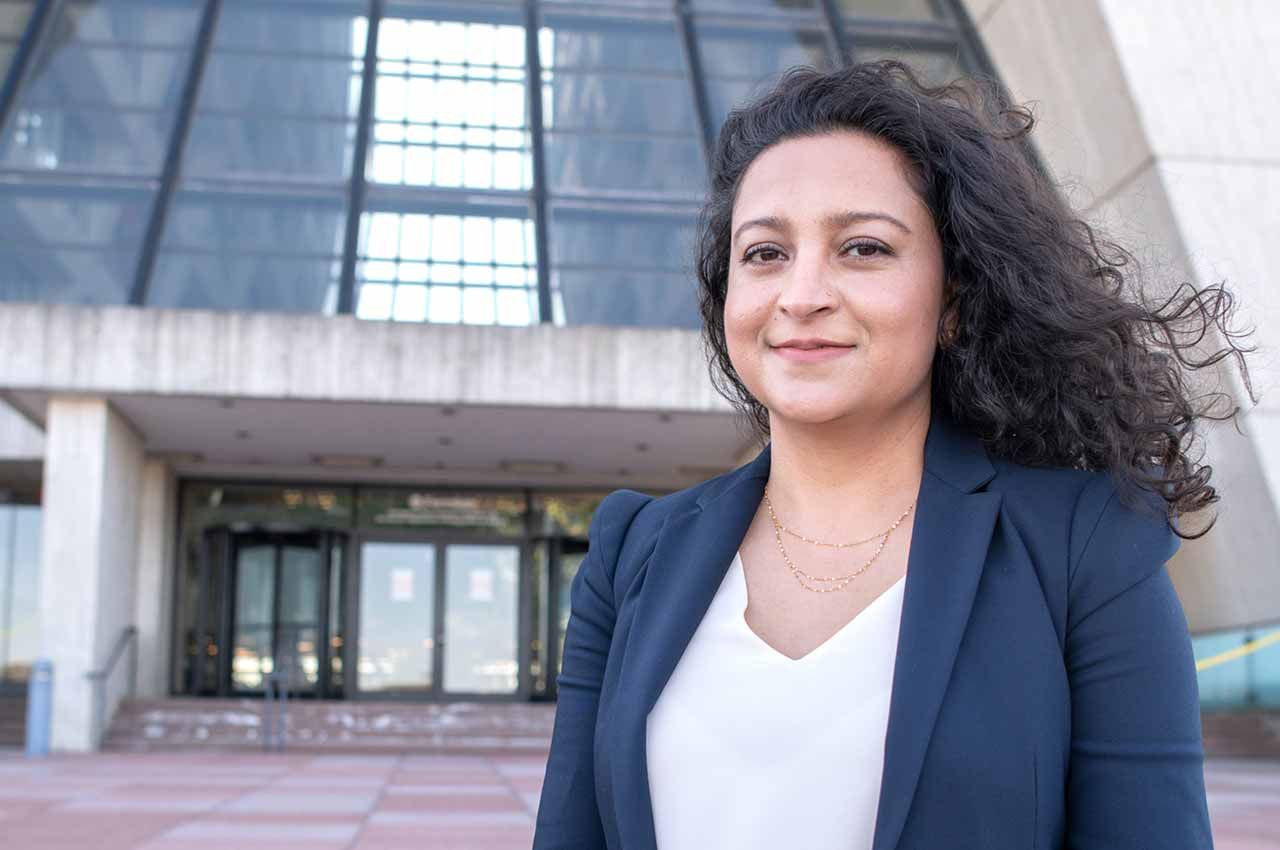 As young girls growing up in Kathmandu, Nepal, Rakshya Khatiwada and her sister would climb atop the roof of their family home, gaze up into the night sky full of stars, and “formulate ideas about how the universe worked,” Khatiwada says. The two preferred this activity over watching television. They also both grew up to earn doctorates in physics.

Khatiwada is now the newest faculty hire in the Department of Physics, having joined Illinois Institute of Technology in August 2020 with a joint appointment as an assistant professor at Illinois Tech and an associate scientist at Fermilab. Khatiwada was already working at Fermilab, completing her second postdoc, at the time she came on board at Illinois Tech.

“A combination of Fermilab and Illinois Tech is a good thing because you get all of the resources from a national lab and academia simultaneously,” she says.

Khatiwada earned bachelor degrees in both physics and mathematics from Linfield University, a small liberal arts school in Oregon, followed by a Ph.D. in physics from Purdue University. She then completed a postdoc at the University of Washington in Seattle before joining Fermilab for her second postdoc.

Today, Khatiwada is engaged in quantum information science research, an area Illinois Tech is expanding into with her help. Quantum information science combines computing and sensing with quantum mechanics, a core physics theory regarding the physical properties of atoms and subatomic particles. Khatiwada is serving as a principal investigator on a $4.5 million, five-year project under the Quantum Science Center led by Oak Ridge National Laboratory, one of five national quantum initiative centers funded by the Department of Energy to bring together national labs, industries, and academia to work on quantum science research. The project involves quantum sensors that are used for both fundamental science and quantum computing. Fermilab is a partner in the Quantum Science Center.

“One of the challenges in quantum information science is the efficient control and readout of a large array of quantum sensors, like qubits, which are the building blocks of quantum computing and sensing,” Khatiwada says. “The project’s goal is to basically use state-of-the-art electronics developed at Fermilab to control and read out a large array of novel quantum sensors and devices, which have application in quantum computing and detector development for dark matter physics, among other areas. Right now, we are in the process of finalizing the specifications of a cryostat, a dilution refrigerator, which is the test-stand that will house the large array of quantum sensors and devices. We are also trying to design the details of the interesting novel sensors we want to work with.”

Khatiwada’s additional research involves ultra-low-noise particle detectors and the use of quantum sensors and devices for the detection of dark matter.

“Dark matter is something that constitutes more than five times the matter content of the universe that we know already,” she says. “We are curious what the universe is made of, and it looks like dark matter constitutes a big portion of that. This is not ordinary matter like you, me, people, planets, and stars. Mostly this research is motivated by the fundamental question of trying to understand the universe.”

Khatiwada says she looks forward to engaging more Illinois Tech graduate students and postdocs in her research projects at Fermilab. She is also now developing a new quantum computing course that will be offered to Illinois Tech’s undergraduates in spring 2022.