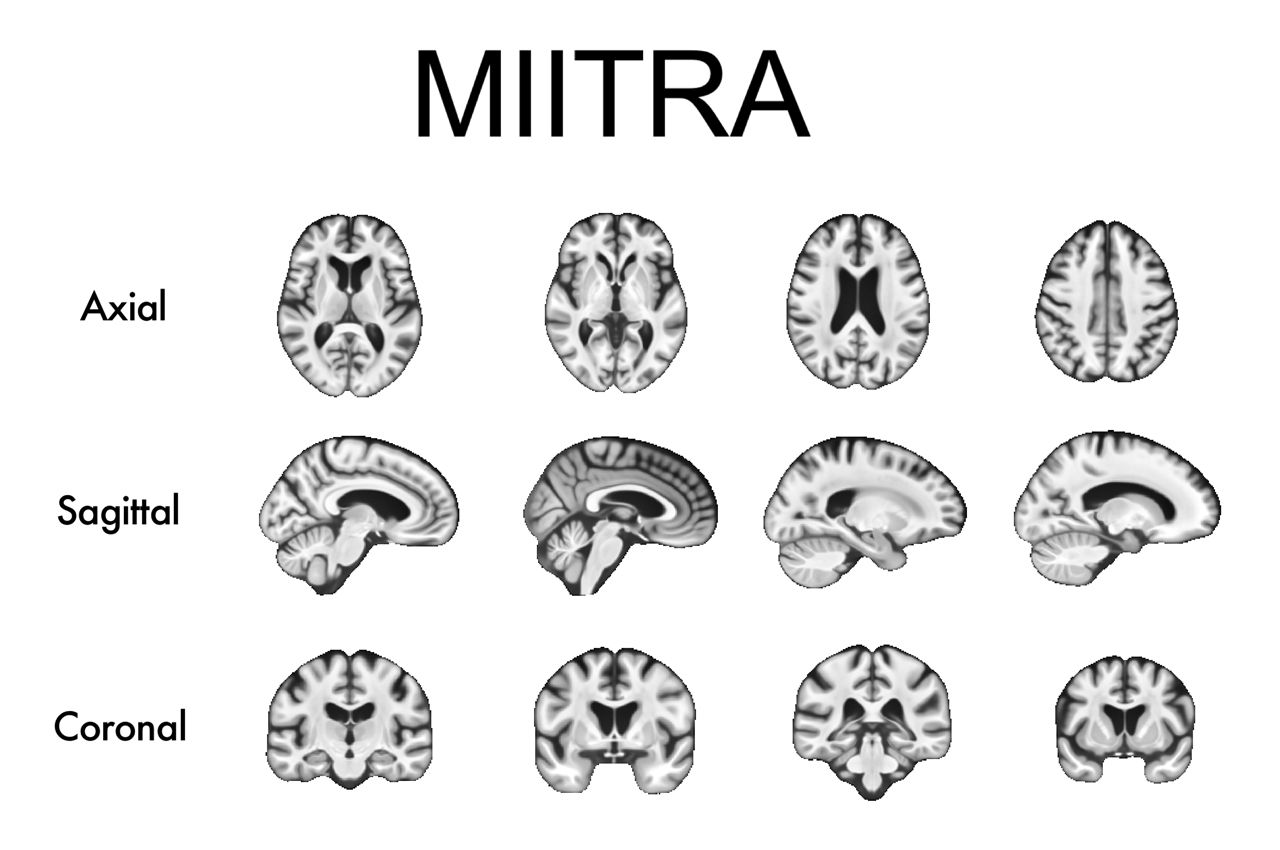 Brains change as they age, and identifying small changes in the brain is especially important for older adults, who are more likely to suffer from brain-related diseases. Professor of Biomedical Engineering Konstantinos Arfanakis is building an atlas of the older adult brain that will allow more sensitive detection of brain disease in older adults.

The atlas, Multichannel Illinois Institute of Technology & Rush University Aging (MIITRA) atlas, is the first of its kind, and it will be used to help researchers and doctors identify and intervene in the early stages of brain disease.

Common forms of brain imaging, such as magnetic resonance imaging (MRI), create a series of images of a person’s brain. Sometimes an anomaly will be obvious just by looking at the images, like if a large tumor is present, but this is not always the case. Researchers have been building brain templates and atlases as references for comparison.

These tools take hundreds of brain scans and identify the structures, connections, and patterns of brain function that are most common, mapping out the average human brain. Templates provide the first step, allowing a computer to associate which pixels in the image correspond to which parts of the brain, like mapping a satellite image of a city to a basic map of its roads.

An atlas takes it to the next level. “It is like Google Maps. It has satellite pictures, but then it also has information such as streets, traffic, altitude, traffic cameras, and other information that makes it more versatile,” says Arfanakis.

Arfanakis has already spent a decade building the IIT Human Brain Atlas, which offers a detailed view of the average young adult brain, but as he has become increasingly involved with age-related brain research, such as early diagnosis of Alzheimer’s disease, Arfanakis noticed the need for an older-adult equivalent.

“In older adults, the brain shrinks,” he says. “The ventricles and the spaces between the gyri [ridges on the cerebral cortex] are enlarged. In general, with age, we’re losing brain volume, and the free space is occupied by cerebrospinal fluid.” This means that using a young adult atlas as a reference decreases the computer’s ability to accurately identify the regions of an older adult brain.

“The extreme would be if you tried to map an image of the brain to an image of a house,” says Arfanakis. “It’s not going to go very well. Comparing young and older adult brains is not quite that bad, but there is a difference.”

Having an accurate reference is especially important for older adults, who are more at risk of Alzheimer’s, dementia, and other age-related brain diseases where the later the detection, the higher the chances of irreversible damage.

“Detecting a disease early means that we need to see small abnormalities, so you need to do everything in your study as accurately as you can,” says Arfanakis. The MIITRA atlas aims to bring those subtle changes into focus.

In January 2021 Arfanakis and his collaborators published the foundation of the atlas, their older adult brain template, in Human Brain Mapping, and showed that it performs better for older-adult brain scans than the current most popular template options. “For now, the field has not really picked up on the limitations of using young-adult atlases for older adults, and even if they did, there weren’t any other atlases available,” says Arfanakis.

Arfanakis will continue to build the atlas, adding more labels and functionality to identify connections, function, and types of tissue in the brains being scanned.

While Arfanakis will be using the MIITRA atlas for his own research identifying biomarkers for brain disease, the open-source project is available for use by researchers in all fields. Arfanakis says, “Something that we noticed with the IIT Human Brain Atlas is that people actually build additional resources based on their data in the IIT Human Brain Atlas space.” Arfanakis says he expects MIITRA to become a similar constantly evolving collaborative project.