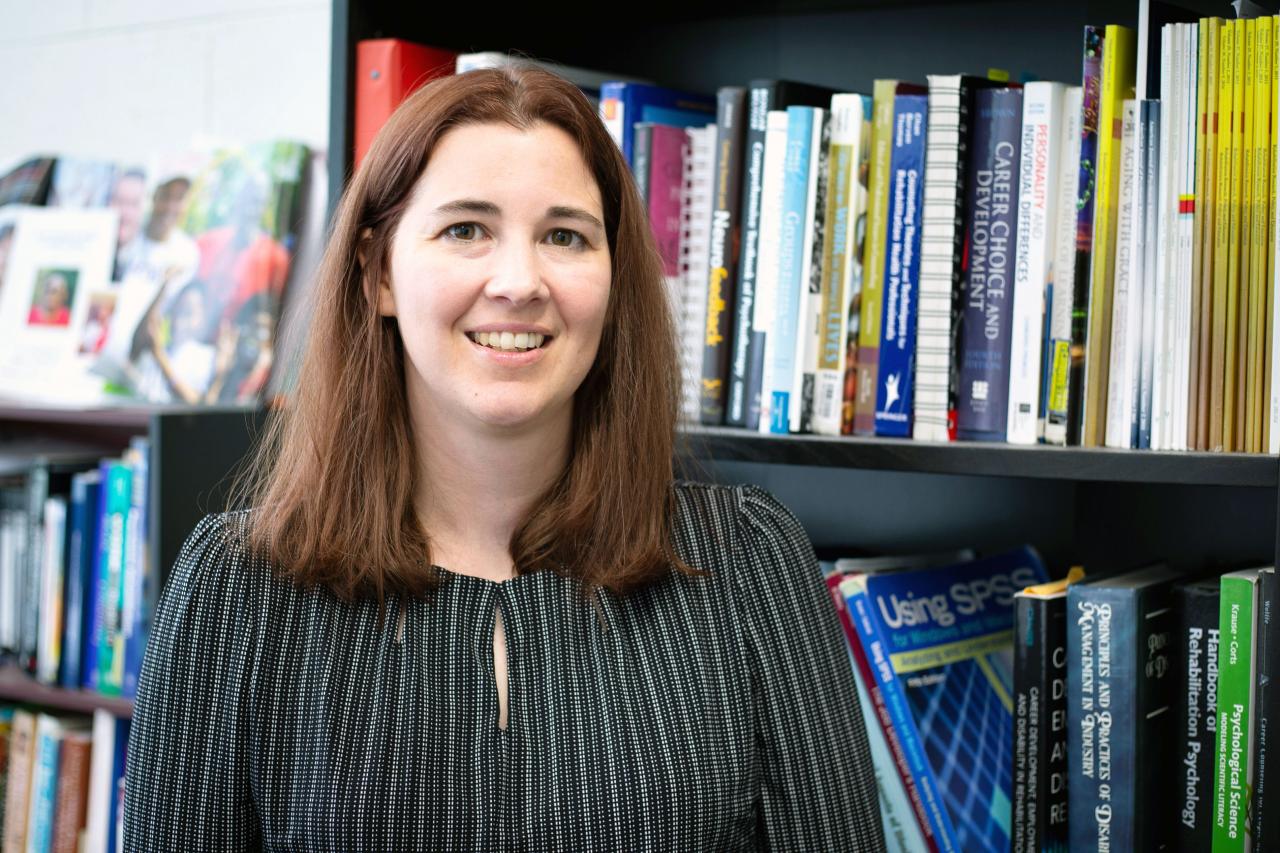 Lindsay Sheehan, a senior research associate in the Department of Psychology at the Illinois Institute of Technology, has been named among the 40 Under 40 Scientists in Chicago by Halo Cures, an internet company with a mission of connecting donors with health research projects they care about and scientists with industry partners for collaborations. Sheehan will be recognized at an awards ceremony hosted by Halo Cures on Saturday, October 12, at the Museum of Science and Industry.

Per the Halo Cures website, the Halo Awards ceremony is “a first-of-its-kind Grammy-style event celebrating Chicago’s ‘heroes of medicine’ for their tireless efforts to turn their research into treatments that help people live better lives.” Sheehan was nominated for the award by Patrick Corrigan, a distinguished professor of psychology at Illinois Tech. The two work together at the Chicago Health Disparities Center, where Corrigan serves as director and Sheehan serves as associate director.

“I’m very honored,” Sheehan says of being named among the 40 under 40. “I’m happy because I feel, as a stigma researcher, and especially in the area of mental illness, that we don’t always get recognized as being a scientist. I think that in itself is very validating.”

Sheehan earned both a M.S. in rehabilitation and mental health counseling and a Ph.D. in rehabilitation counseling from Illinois Tech. During her time as a Ph.D. student, she also joined the research faculty as a senior research associate. The bulk of Sheehan’s research pertains to the health care needs of individuals with serious mental illness who, in addition to facing mental health challenges, are at increased risk of chronic physical illness and premature death, Sheehan says.

“Lindsay is what every senior scientist like me hopes for: a new investigator who took my ideas in innovative directions to substantially increase the science as well as the real-world impact on the community—our community, and the health concerns of our Bronzeville and Chicago neighbors,” Corrigan says.