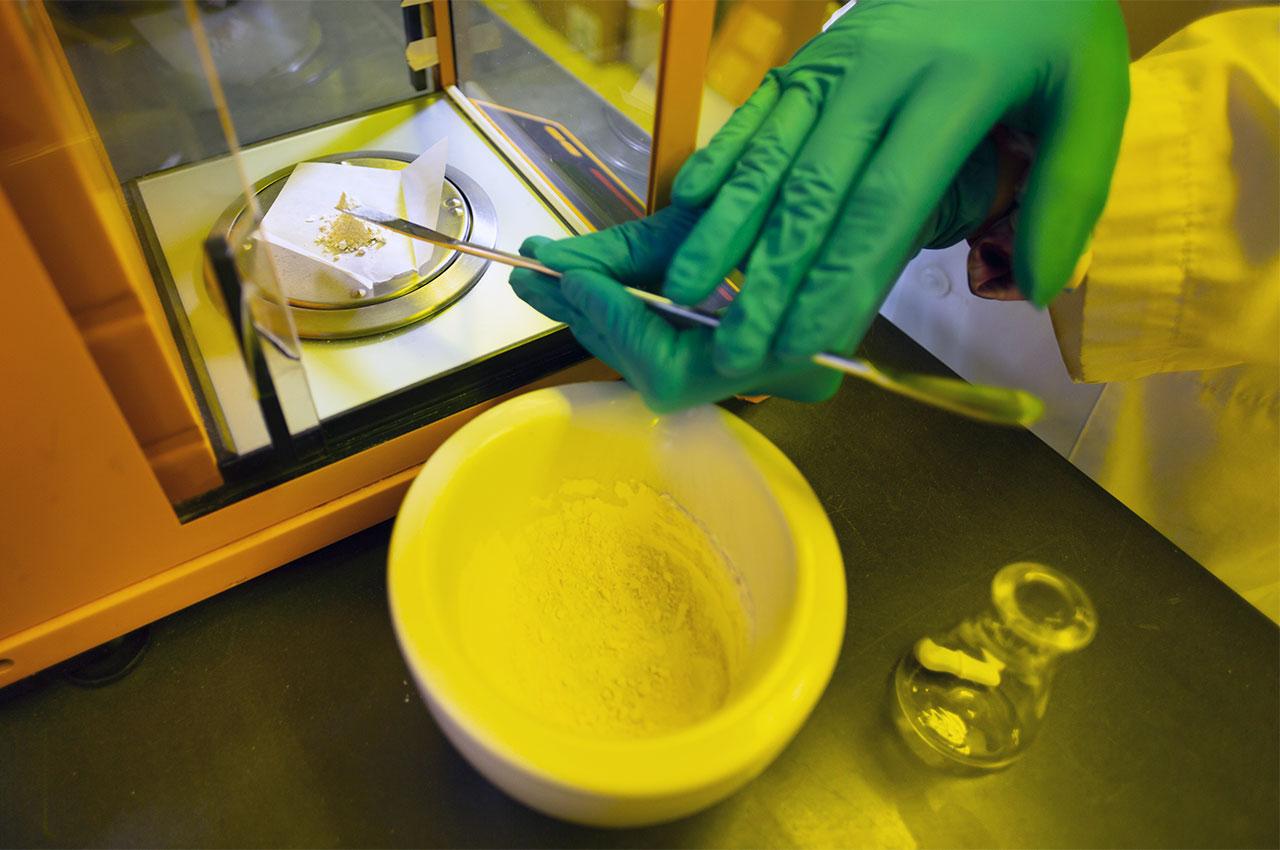 Sleep apnea sufferers face burdensome treatment options, but one researcher at Illinois Institute of Technology is working to develop a new drug that will allow patients to dump cumbersome machines and awkward mouthpieces.

David McCormick, IIT Research Institute professor of biology and IITRI president and director, says he is seeing remarkable results from studies of a family of new chemical compounds, convincing him he is on the path to finding an unusually safe and effective drug.

“The idea is that you take a pill, it becomes active in 15 minutes or so, it maintains its activity for seven or eight hours, and then you get up and go to work,” McCormick says. “These people will get more sleep. They will have many fewer apneas, and they’re going to wake up much less often during the night. Importantly, they are also very likely to have reduced risks of stroke, heart disease, Type 2 diabetes mellitus, and other diseases that are linked to sleep apnea.”

Preclinical testing in laboratory models shows the novel compounds do exactly that. The compounds work quickly, and are cleared predictably; at the end of a seven- or eight-hour period, their activity has disappeared.

McCormick says he is not only encouraged by the efficacy of these compounds, but also by their safety. United States Food and Drug Administration-mandated testing in preclinical models has shown very little toxicity, and none is detected until compounds are administered at doses that are 500 to 1,000 times greater than effective doses.

“That number is astronomical,” McCormick says. “I’ve been doing preclinical toxicology for a long time, and I’ve never seen a drug like that. We do a lot of cancer drugs at IITRI, and with those a lot of times you’re looking at a therapeutic ratio of two before you see toxicity. If you get to five, you’re very satisfied. Therapeutic ratios of 500 or more are virtually unheard of.”

McCormick and his research collaborator, Nanduri Prabhakar, Harold Hines Jr. professor of medicine at the University of Chicago, have spent the last five years developing and testing the family of amino acid-based compounds, which maintain the tonal structure of the airways during sleep and modulate signal transmission in the carotid body. These factors underlie obstructive and central sleep apnea. Obstructive sleep apnea occurs when the airways are restricted during sleep. Central sleep apnea, which is less common, occurs when signals from the brain to the breathing muscles fail. In either case, the patient stops breathing during the night, sometimes hundreds of times.

The agent, should it become a commercially available drug, would be pioneering as the FDA has not approved a drug to treat sleep apnea. The FDA has approved drugs that help sleep apnea patients stay alert during the day due to a lack of sleep, but none treat the condition itself.

Treatments approved by the FDA for sleep apnea include oral appliances, but the most common is use of a continuous positive airway pressure machine, which uses mild air pressure to keep airways open.

“The problem with CPAP machines is that about half of the people quit using them after a couple of months,” McCormick says. “They’re noisy. They’re uncomfortable. They’re hot. They drive people’s partners crazy. And they don’t always work.”

More than 25 million Americans suffer from sleep apnea, according to the American Academy of Sleep Medicine, making it as common as Type 2 diabetes. Given the number of potential patients, the drug easily could find a market, and might be especially appealing to those who quit using their CPAP machine. McCormick says he wouldn’t be surprised if many patients would trade in their machines for a pharmaceutical option. Many sleep medicine physicians are also extremely interested.

“I have a friend who uses a CPAP machine religiously,” McCormick says. “He told me, ‘When you go to clinical trial, I want to be the first in line.’”

The development and testing of the compound was funded with a five-year, $9.5 million grant from the National Heart, Lung, and Blood Institute of the National Institutes of Health.

McCormick is seeking venture capital to complete filing of an Investigational New Drug application to the FDA. This effort includes collecting chemistry manufacturing and controls data, and designing  a clinical trial, which could begin late next spring.

“I keep looking for a red flag as hard as I can, but I can’t find one right now,” McCormick says. “I’ve been waiting for that red flag for two years now. We’ve done extensive preclinical studies (on our lead compound), and I haven’t seen a problem yet.”