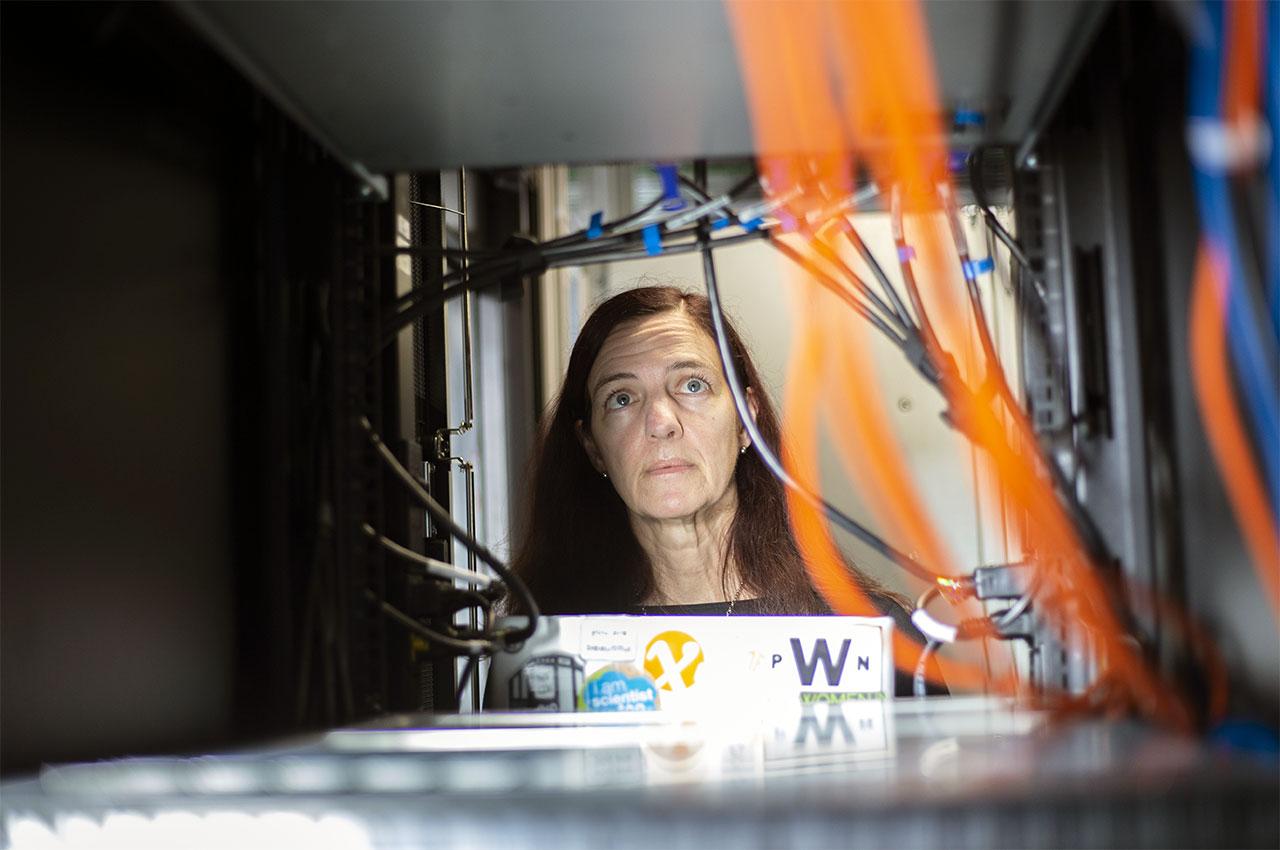 Illinois Institute of Technology will play a leading role in forging the future of the internet, as the university has been named a partner in a $20 million National Science Foundation grant to test new architectures that could enable a faster, more secure internet.

Anita Nikolich, cybersecurity research fellow with Illinois Tech’s Department of Computer Science, was named a co-director of the FABRIC project, led by the University of North Carolina at Chapel Hill, with Illinois Tech, Clemson University, the University of Kentucky, and the Department of Energy’s Energy Sciences Network as partners. The project’s goal is to enable scientists to explore what a new internet could look like and to determine the internet architecture of the future.

“The internet was designed to move packets of information and to allow people to talk between a few locations,” Nikolich says. “The protocols were originally developed for the military then as a way for scientists to communicate between supercomputing centers. By the late 1990s it grew to include people using it in their daily lives. These protocols are not scaled for today’s uses.”

The computer networking architectures that form the basis for today’s internet were developed from the 1960s through the 1980s, and haven’t changed much since. In that time, however, public demands have changed drastically. FABRIC will test new network designs that could overcome current internet traffic bottlenecks and extend the internet’s broad benefits for science and society.

The FABRIC project will allow experimentation with decentralized, “everywhere programmable” architectures instead of relying on current service providers’ networks. This could potentially enable faster speeds, allow transfers of larger data sets, and provide service to underserved areas lacking networks. The project also includes finding new ways to protect information that is transferred across the network.

“The internet wasn’t designed with security or privacy guarantees,” Nikolich says. “We have an ideal opportunity to incorporate them as fundamental design principles and perform experimentation long before new protocols are deployed onto a live network.”

The FABRIC project will test these architectures on a nationwide scale, using dedicated high-speed optical links between locations.

Nikolich says she expects to spend the first year of the four-year program talking with researchers in the communities of machine learning, cybersecurity, networking, and the internet of things to see how the proposed architecture meet their needs and what modifications need to be made to the initial deployment plans.

Shlomo Argamon, interim chair of the computer science department, points out that as Chicago’s only tech-focused university, Illinois Tech is an ideal partner for FABRIC.

“We have a longstanding expertise in the core area of the research with a deep commitment to interdisciplinary research and collaboration,” he says. “This ambitious project dovetails perfectly with the new path we are forging in artificial intelligence, cybersecurity, and data science—through new degree programs, research projects, and industrial collaboration.

“It is important to note that in any project of this nature, the technical research is far from the only ingredient necessary for success,” Argamon adds. “Attention to how the technologies integrate with human and organizational processes and cultures must be central to any such effort.”