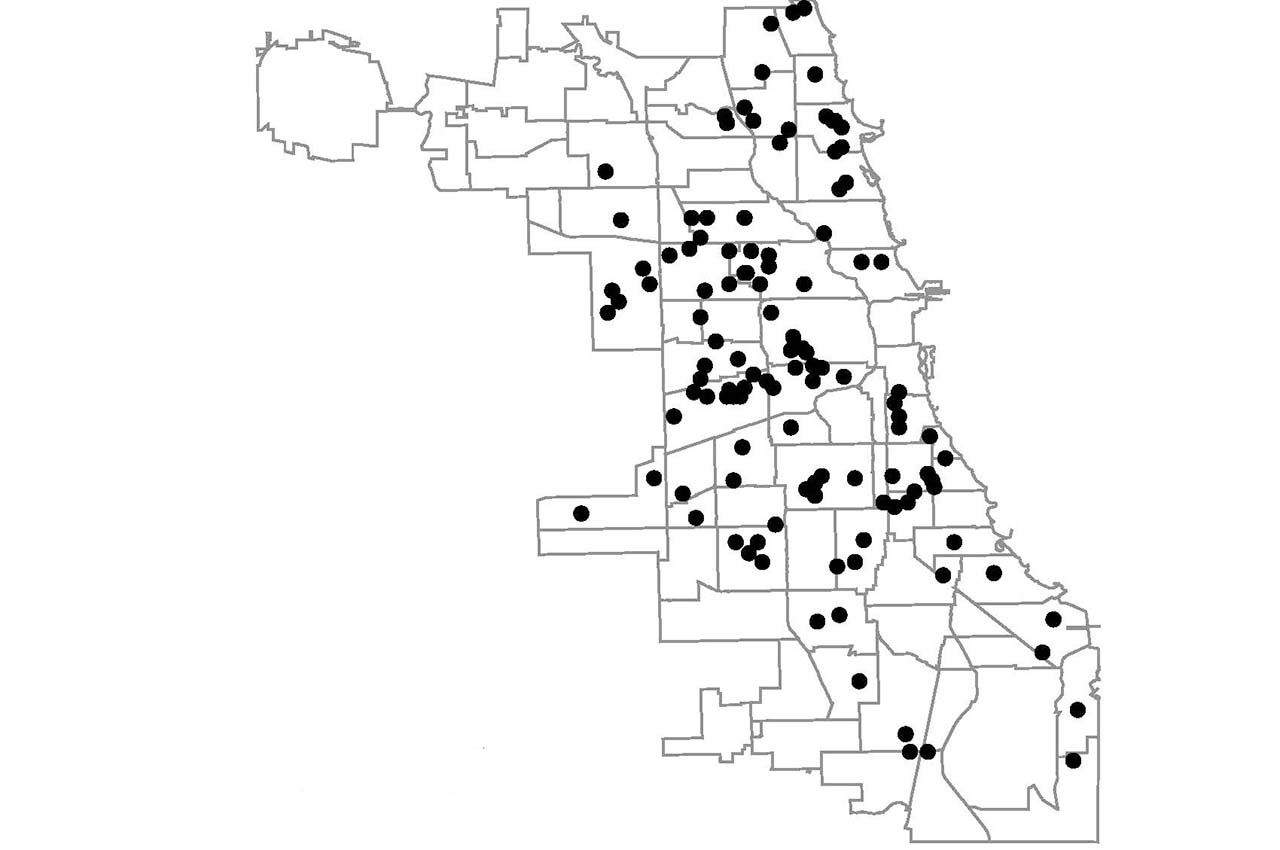 Mathematical models have been widely used in decision-making processes; however, a researcher at Illinois Institute of Technology and his former student added an ethical element to a new model to make public transportation more equitable.

Hemanshu Kaul, associate professor of applied mathematics, and Adam Rumpf (Ph.D. AMAT ’20) examined Chicago Transit Authority bus routes in order to develop a mathematical model that will increase access to health care centers while minimizing the impact to current riders in their paper, “A Public Transit Network Optimization Model for Equitable Access to Social Services,” which was presented at the inaugural ACM Conference on Equity and Access in Algorithms, Mechanisms, and Optimization (EAAMO '21).

Powerful computational techniques like artificial intelligence and machine learning offer opportunities to build large-scale, computational decision-making processes. Issues of algorithmic bias, data or statistical bias, bioethics, and related questions have been debated widely in the scientific community. These issues go hand in hand with the solutions and interpretations of the mathematical models underlying this computational work.

However, Kaul says very little attention has been paid to the fundamental assumptions and simplifications that lead to the formulation of the models.

“Are our mathematical, scientific, and social assumptions creating an inbuilt bias that cannot be overcome even if we do everything else perfectly to avoid any bias in our algorithmic computations, data collection and analysis, and in the real-world recommendations?” Kaul says. “This question led me to think how I can make a meaningful contribution in this context by studying a widely used mathematical model and the ethical impact of the decisions made using it.”

Kaul and Rumpf examined the access that Chicago’s public transportation system provides to health care centers from each of the city’s 77 neighborhoods. They found access inequities in many far South and far North side neighborhoods and developed a model that can even out this access across the city—without major disruptions to the current ridership.

They ruled out solutions such as building new health care centers, new CTA “L” lines, or adding more bus routes as they are expensive and slow solutions. They developed a mathematical model using CTA, United States Census, and City of Chicago health care data to create a reallocation of existing buses between existing routes as well as creating express bus routes.

“We present a flexible public transit network design model which optimizes a social access objective while guaranteeing that the system's costs and transit times remain within a preset margin of their current levels,” Kaul says. “The purpose of the model is to find a set of minor, immediate modifications to an existing bus network that can give more communities access to the chosen social services while having a minimal impact on the current network's operator costs and user costs.”

The result of the research shows that people living in neighborhoods with minimal access to health care centers with the current bus routes increased access by 45.3 percent, while those with maximum access decreased by just 3.7 percent. Other transit options, including “L” lines, were included in the model.

“We were able to show that there is a way to modify an existing, widely used model to make it more equitable without causing much of a disruption to the current usage of the system,” Kaul says. “As a case study we apply the model to the problem of improving equity of access to primary health care facilities in the Chicago metropolitan area. The results of the model suggest that it is possible to achieve better primary care access equity through reassignment of existing buses and implementation of express runs while leaving overall service levels relatively unaffected.

“Obviously, this is just a first step toward building such a decision-making tool. At the very least it gives an illustration of how ethical concerns can lead to meaningful change that make the outcomes more equitable in a decision-making process based on a complex, mathematical model,” Kaul continues.

Kaul says he believes this model could be applied to make access to other amenities and services across the city more equitable or to minimize the impact from road closures due to construction or special events such as the marathon.

“The guiding modeling principles we use would apply to many scenarios,” Kaul says. “What would change are the mathematical details of the model and how these modifications would have to be made to the decision-making process to make it more equitable.”