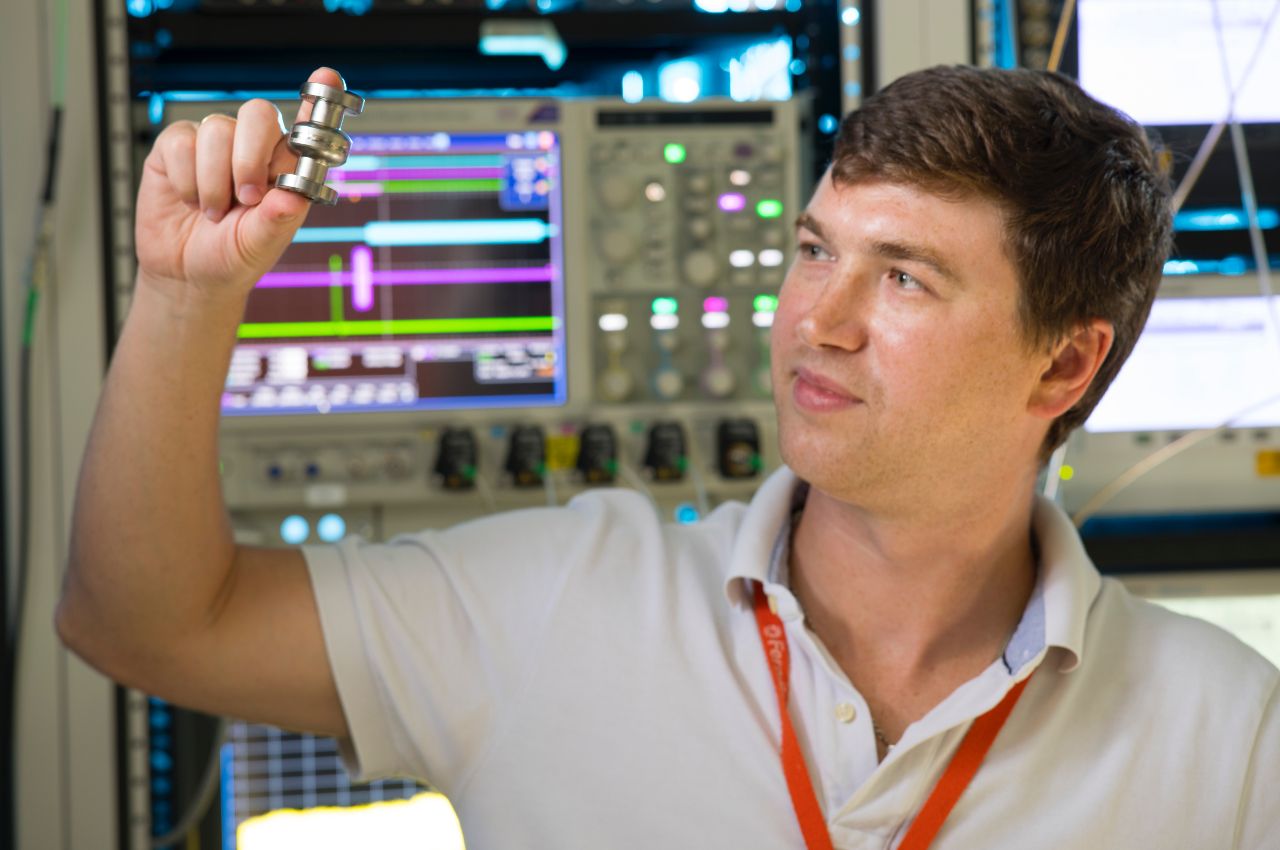 Illinois Institute of Technology has been named a partner with Fermilab National Laboratories’ Superconducting Quantum Materials and Systems Center (SQMS), which has a goal of building and operating a new quantum computer that could be millions of times more powerful than modern supercomputers.

On Wednesday the United States Department of Energy announced a $575 million fund for a five-year National Quantum Initiative, which will include funding for five new Quantum Information Science Research Centers nationwide. Fermilab’s SQMS will receive $115 million to use superconducting technology to optimize the length of time a quantum bit, or qubit—the basic element of a quantum computer—can effectively process information.

“I have proposed to use superconducting tunneling spectroscopy to help identify the sources of decoherence in qubits and to propose ways to mitigate the problem,” Zasadzinski says.

He explains that qubits operative very differently than bits in a conventional computer processor. The bits in conventional computers are transistors that are either off or on, like a light switch, and these two states can be defined as 0 or 1 in a binary logic system. Qubits act like a pendulum, oscillating between two states, and even during the motion the qubit is doing useful calculations. This makes a quantum computer much more efficient in terms of time and space resources needed to process complex computations than a conventional computer, making unmanageable calculations solvable. This could result in increased optimization in a wide variety of fields from defense and financial trading to unraveling the mysteries surrounding the origins of the universe.

“If we disrupt the pendulum, say with a puff of air, we destroy the simple harmonic motion, it becomes decoherent, and the qubit becomes useless,” Zasadzinski says. “The sources of decoherence in current superconducting-based qubits are the most important question in the field. I’m confident that the technique of tunneling spectroscopy will identify the sources of decoherence and will help us mitigate the problem.”

Qubits in modern quantum computers can effectively process information for milliseconds at a time. Fermilab is proposing to design a new type of qubit based on their highly successful SRF cavities. It is anticipated that such SRF cavities could allow qubits to process information for multiple seconds at a time, says Anna Grassellino, SQMS director and Fermilab’s deputy chief technology officer.

SQMS also will work to develop new quantum sensors, based on qubits, to detect subatomic particles that have yet to be discovered, and perhaps have the ability to detect dark matter—unobservable matter that could make up as much as 95 percent of the universe’s mass.

Joining the SQMS center as an academic partner will provide many new research opportunities for graduate and undergraduate students at Illinois Tech. Zasadzinski has mentored many Ph.D. candidates in superconducting radio frequency cavities over the last 12 years and presently, his endowed chair award has allowed him to offer stipends to undergraduate students for internships in partnership with Fermilab. He says he will be able to expand that effort into a exciting new direction through this new quantum initiative.

“Much of what I will do will be an extension of what I am already doing, training undergrads and grad students in the field of superconductivity and advising their research into the understanding, development, and improvement of SRF cavities through a number of experimental probes,” Zasadzinski says. “This success has led to Fermilab, in particular the technical leaders Anna Grassellino and Alex Romanenko, to propose a new design for a quantum computer based on smaller versions of these SRF cavities.”

Photo: Fermilab will use a Department of Energy grant to research superconducting radio frequency cavities to optimize the computing power of a new quantum computer (provided: Fermilab).