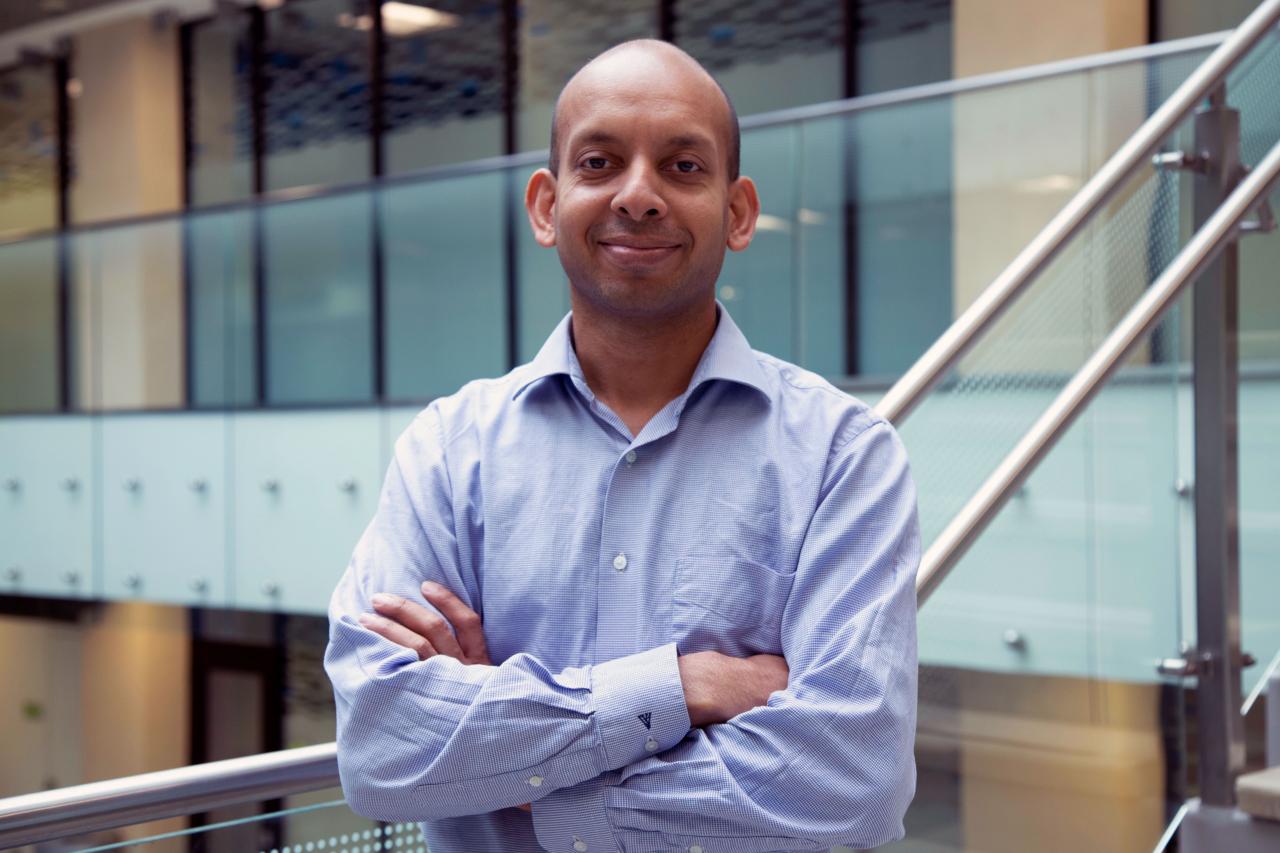 An Illinois Institute of Technology biomedical engineering team has developed innovative technology and techniques to measure the cholesterol secreted by human hepatocytes (liver cells) in real time. Its discoveries give researchers new tools to more efficiently and cheaply study life-saving drugs, such as by investigating the effects of statins on lowering cholesterol with the goal of improving medical treatments.

Led by Illinois Tech Assistant Professor of Biomedical Engineering Abhinav Bhushan, the group has created an innovative platform technology to study cells on a tissue chip in a microfluidic device that simulates the environment in which cells grow in the body. The researchers also devised an enzymatic assay and implementation using microscopic beads to visually detect and measure the functioning of the cells within the device.

“A lot of engineering optimization went into the development of the device, and we also customized the chemistry,” says Bhushan. “We’re showing that this [platform] works, that we can measure the function of the cells, and that we can add a drug and the cells respond as expected.” His group had previously developed a novel microfluidic device for real-time monitoring of protein levels from hepatocytes.

The team includes Sonali Karnik, who was a postdoctoral research scholar at Illinois Tech at the time of the research, and students Andrea Cancino (BME M.S. candidate) and Chaeeun Lee (BME 4th Year). In a research paper published recently in the journal TECHNOLOGY, the team describes the important advances that enable researchers to take measurements in the microfluidic device, without having to remove a sample for testing as is typically done.

“This is called in-line assay in real time,” Bhushan says, “because you overcome the limitation of having to sample and take it for offline analysis, which increases time, costs, and the chance for contamination.”

The platform’s adaptability is particularly significant, according to Bhushan, because a variety of molecules other than cholesterol can be measured simply by changing the enzymatic chemistry that’s used. Similarly, the microfluidic device is not tied to the type of cell being studied, so researchers can use it with cells from the adipose, intestine, brain, or other organs. “We think of this [platform] as a plug-and-play,” he notes. “Other researchers can use our technology without having to modify their devices.”

These latest advances build on the groundbreaking work with fat cells and intestinal cells that Bhushan and his research team have been doing using microfluidic technology. Looking ahead, he foresees a growing number of applications for these techniques, as well as possible development of the technology to a point that can support large-scale, automated procedures that drug companies use in drug discovery and testing.