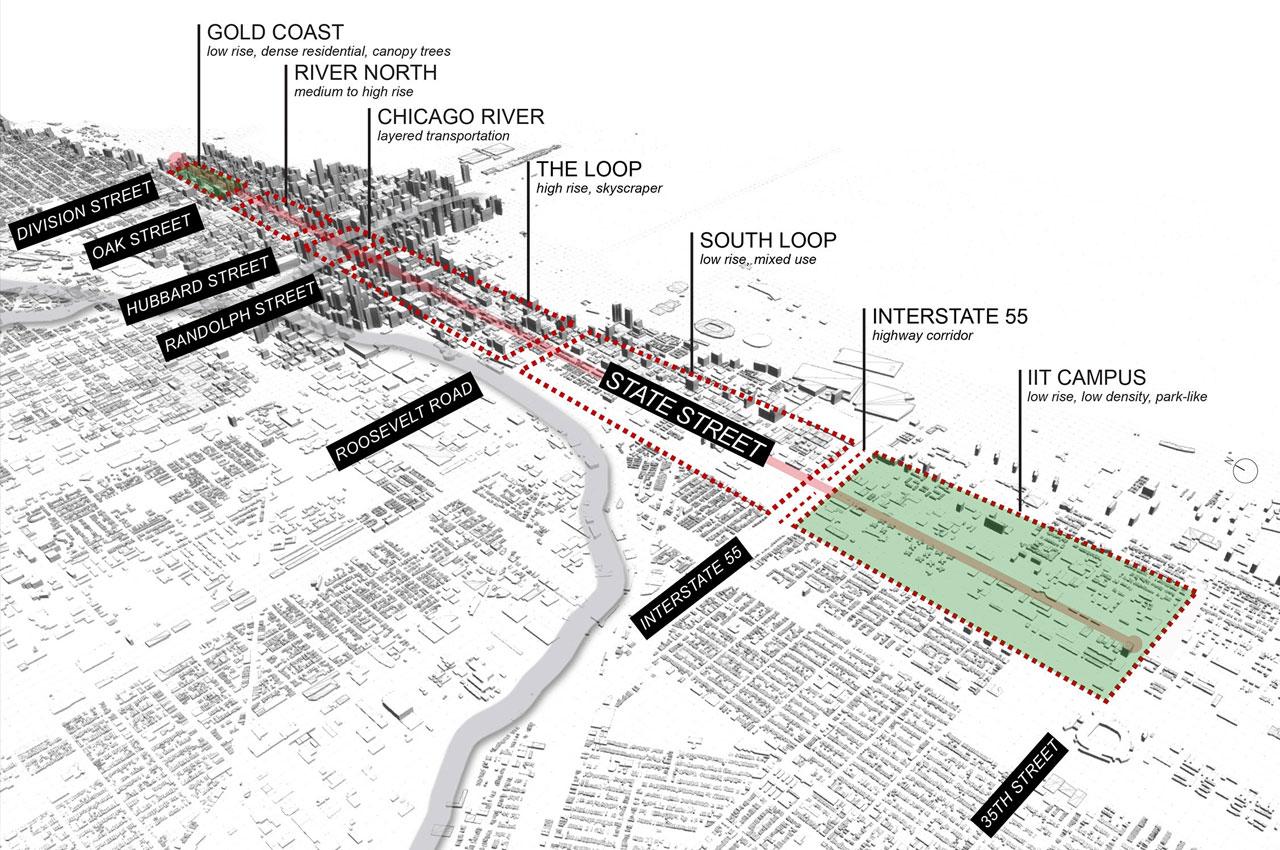 As tech companies and car makers rev up their research into autonomous vehicles and roll out pilot projects, the day when we could be hopping into self-driving taxis and having our packages delivered by mobile robots is coming into view.

Supported by a $750,000 grant from the National Science Foundation, three Illinois Tech faculty are creating a road map for adapting the existing transportation infrastructure in cities—such as highways, streets, intersections, and sidewalks—to accommodate autonomous vehicles while also addressing the safety, usability, and aesthetic needs and concerns of residents in the surrounding communities.

Professor of Landscape Architecture Ron Henderson, Associate Professor of Mechanical Engineering Matthew Spenko, and Professor of Mechanical and Aerospace Engineering Boris Pervan bring a depth of experience with these issues to their collaboration. Henderson was a member of the Driverless City project team, which was a Phase 1 Finalist for Illinois Tech’s Nayar Prize I, and Spenko and Pervan have conducted extensive research on safety and navigation issues related to autonomous vehicles.

Their three-year project, titled The Urban Design and Policy Implications of Ubiquitous Robots and Navigation Safety, aims to develop a framework to inform and guide the work of roboticists—the engineers who develop the self-driving cars and mobile robots—and of city planners, architects, and landscape architects who influence and design the urban spaces where those vehicles will interact with people.

In addition, the project team will explore opportunities to leverage robotic technology and changes in transportation infrastructure to effect other positive changes, such as improving environmental sustainability.

A central focus of the research is the critical link between the urban landscape and navigational safety for autonomous vehicles. To investigate, the team is mapping a real-world environment and recreating it in simulation software. The self-driving cars and robots will encounter the city in the simulation, which creates a virtual space where roboticists can fine-tune their navigation safety algorithms and test how the autonomous vehicles will function in a complex urban setting. Architects can use the virtual space to see how their designs could affect the functioning of robots and impact overall usability and safety in the area.

On Henderson’s advice, the team has chosen a five-and-a-half-mile stretch of State Street in Chicago to map for the simulation model. The route encompasses a variety of cityscapes that autonomous vehicles might encounter, including Illinois Tech’s Mies Campus, patches of low- and mid-rise residential buildings, some open spaces, and the tightly packed and towering downtown business district.

To navigate the city safely and precisely, Spenko says, autonomous vehicles need to “localize,” a process in which a vehicle’s sensors recognize features in the environment—for example, groupings of bushes and trees—that the vehicle can identify as being in a specific location.

“You lose a lot of sensor information in urban environments, because tall buildings block GPS signals and construction and traffic obscure landmarks,” Spenko explains. “We are actively looking at ways to use landscape as a code to help the robots better localize themselves, especially in GPS-denied environments.”

The simulation model bridges the worlds of engineers and architects, according to Spenko. Architects can use it to test possible designs to improve safety for autonomous vehicles, and at the same time the model helps roboticists understand that their decisions have implications extending beyond the robots.

“Eventually,” Spenko says, “we hope to see urban planners talk to the government agencies responsible for zoning and say, ‘Here’s a smart way we can integrate self-driving cars and other robots into our city.’”

Henderson envisions that the project’s research could spur bold, forward-looking applications by planners and architects. “For landscape architects, the investigation should illuminate an array of urban spatial practices that can be redesigned for greater safety, greater access to mobility options, increased social justice, increased aggregated area of public space, and locations for higher level and quality of ecological services,” he says.

Referring to his co-investigators, Spenko and Pervan, Henderson notes, “We often say, succinctly, that one of our ambitions is to turn twentieth-century transportation infrastructure into twenty-first-century human infrastructure.”