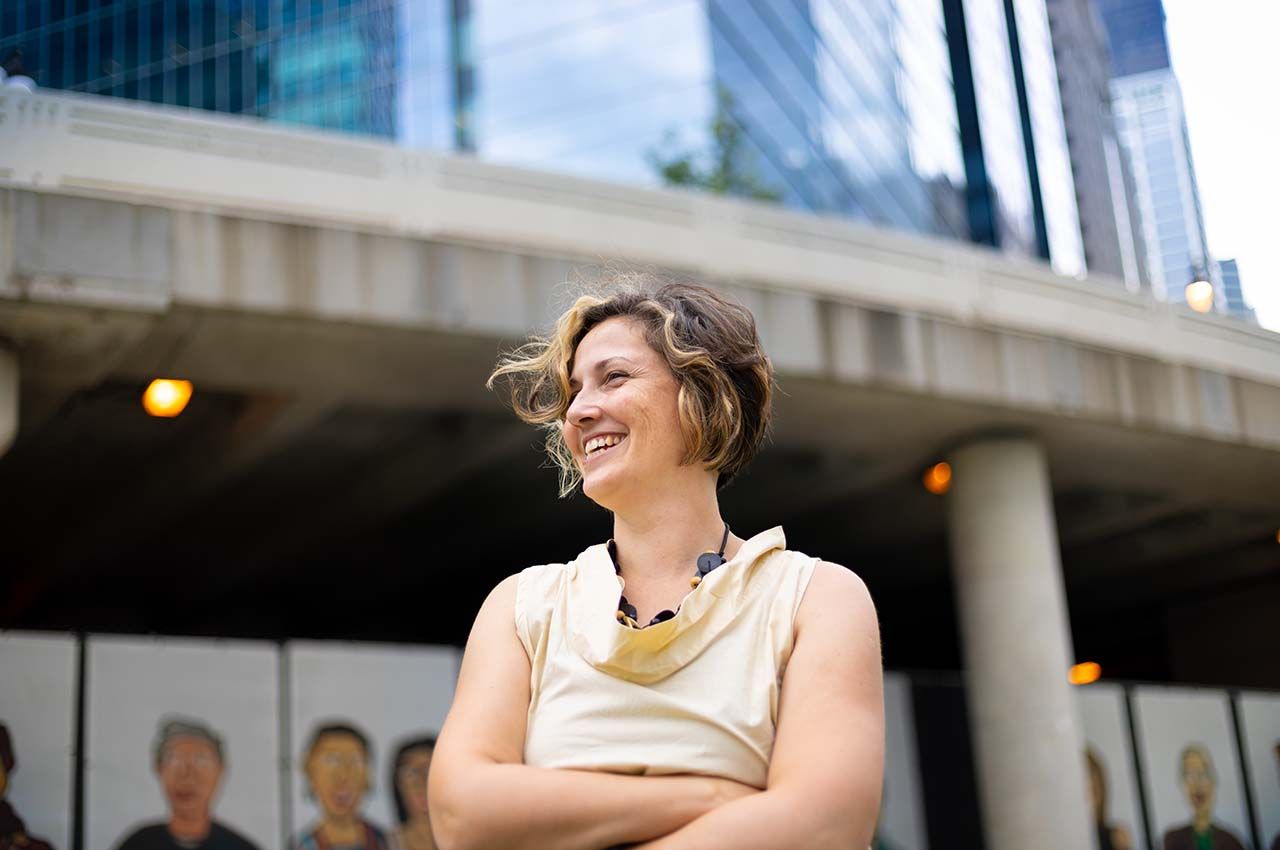 Optimizing a massive system such as an energy grid presents complex mathematical issues, and a researcher from Illinois Institute of Technology has joined a team at Argonne National Laboratory to help solve this question.

Sonja Petrović, associate professor of applied mathematics at Illinois Tech, will provide her expertise and continue her ongoing work in Markov chain Monte Carlo methods and probabilistic algorithms for symbolic computation to assist the Argonne team in the United States Department of Energy-funded research in “High-Performance Algorithms Research for Complex Energy Systems and Processes.” The team received $2.8 million of the $8.5 million grant program that is designed to advance randomized algorithms for scientific computing.

“We met to discuss the problem and quickly realized there are ways to translate the algorithmic need to something I understand how to formulate,” Petrović says. “Better yet, I did not have a handy solution ready for them, and realized more work was necessary instead. In fact, the types of problems we are going to work on align closely with problems I was already interested in solving.”

Petrović joins Argonne mathematicians Sven Leyffer, Kibaek Kim, and Matt Menickelly to find optimization solutions for energy grids. It’s a complex problem because the number of variables to overcome are too numerous for conventional algorithms to compute, primarily because of combinatorial problems in topology and an integrated structural system.

The topological issues include the design of microstructures and metamaterials, the design of nanophotonic structures, and the design of lattice structures in the additive manufacturing of the grid. Petrović says the team’s work could result in the development of new materials to be used in an energy grid.

The integrated system of a power grid includes combining the design of building energy systems, the design of co-generation and dispatch models, the scheduling of black-start generators, the design and layout of concentrating solar plants, attacker-defender models, and the protection of cyber infrastructure.

This creates a massive number of variables, which requires a new kind of algorithm.

“Conventional algorithms of any type for any application hit a scalability wall, as I like to call it, when they are attempted on massively sized problems,” Petrovic says. “The massive size often comes because of some combinatorial explosion: too many constraints, too many feasible solutions, etc....It is impossible to get the exact answer in the way that can be done for ‘small’ and moderately sized problems.”

“Randomized algorithm use allows for re-framing of the problems in the ways that scale,” Petrovic says. “They provide solutions to massive problems much faster, with guarantees that quantify the uncertainty of the answer, or that verify correctness of the answer.”

Petrovic says she is excited to test her skills and knowledge with researchers at Argonne.

“The Argonne team is working on problems different than the ones I work on, but we’ve found a new intersection point,” she says. “To me this is the essence of research, growth, and advancement of mathematics—to build new connections, expand the reach of standard methods, and blend areas to propose new creative ideas to solve problems that cannot be solved using any single method or by mathematics alone.”