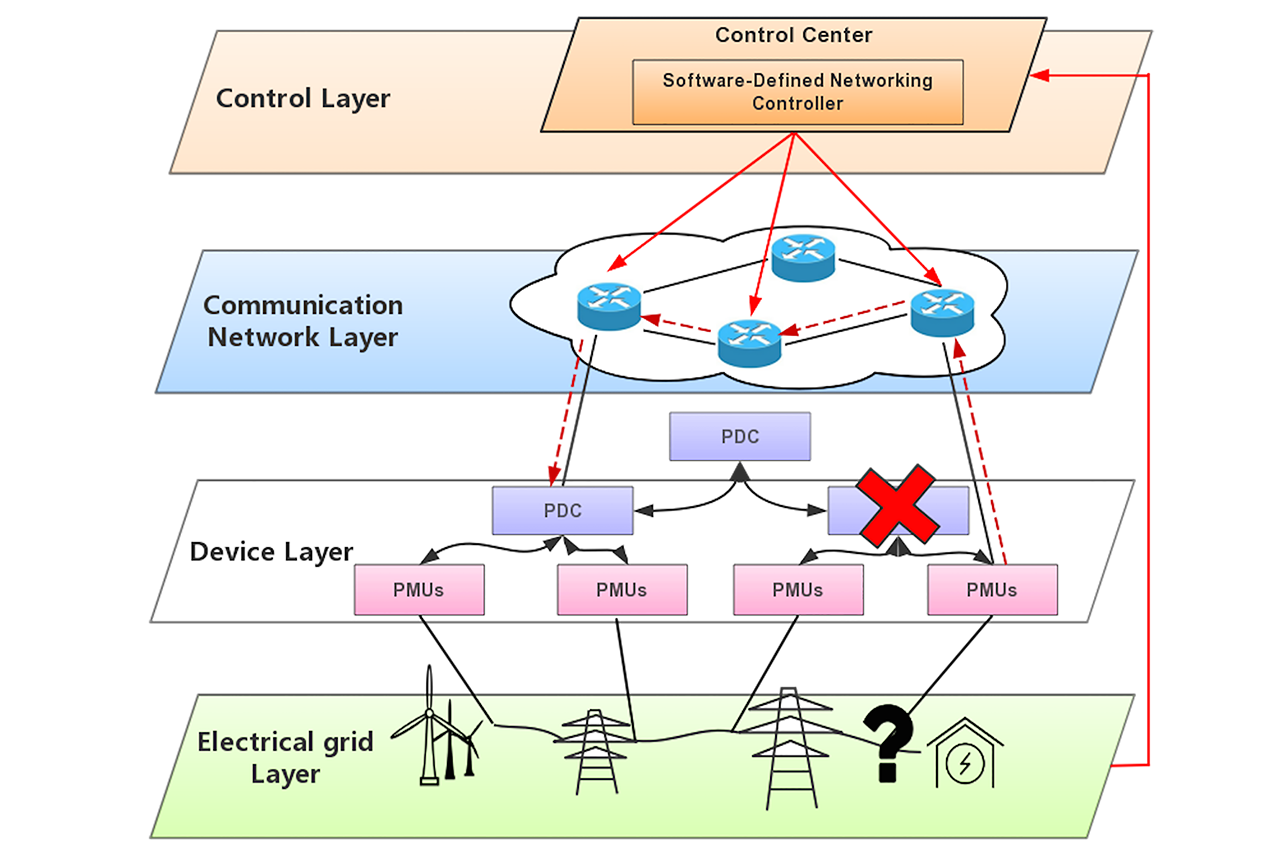 Cyberattacks on the energy sector and other critical infrastructure systems are on the rise and can significantly impact a city or even a country. Earlier this year, for example, the United States Department of Homeland Security and the FBI issued a Technical Alert that the Russian government had cyber targeted multiple entities within the U.S. government, energy, nuclear, commercial, water, aviation, and manufacturing sectors. Illinois Tech Assistant Professor of Computer Science Dong “Kevin” Jin is developing an innovative phasor measurement unit (PMU) that will make power systems more resilient and minimize the time the system needs to repair itself.

The researchers propose using a centralized network control, such as the emerging software-defined networking technology, to design resilient network self-healing algorithms against cyberattacks. Upon detection of a cyberattack, the PMU network can reconfigure itself to isolate compromised devices, reconnect uncompromised devices, and re-route measurement data with the goal of preserving the power-system observability. The result is a system that keeps capturing important data even during a cyberattack and uses it to build intelligence to defend against the attack.

“The government today spends billions of dollars to protect the communication networks of national critical infrastructures, yet struggles with the difficulty of finding enough highly skilled cybersecurity workers,” says Jin, noting that the lack of qualified employees makes his PMU network even more critical. “The ability to detect and mitigate security violations more efficiently would have a significant economic impact by making the industrial control systems more secure, reliable, and cost effective.”

Jin is funded by a U.S. Air Force Office of Scientific Research Young Investigator Research Program Award grant. His team, which includes Assistant Professor of Computer Science Yuan Hong, two Ph.D. students, and a computational engineer from Argonne National Laboratory, is at the prototype stage and has completed a performance evaluation. The members plan to extend the attack scenarios and study efficient self-healing mechanisms on a hybrid network.