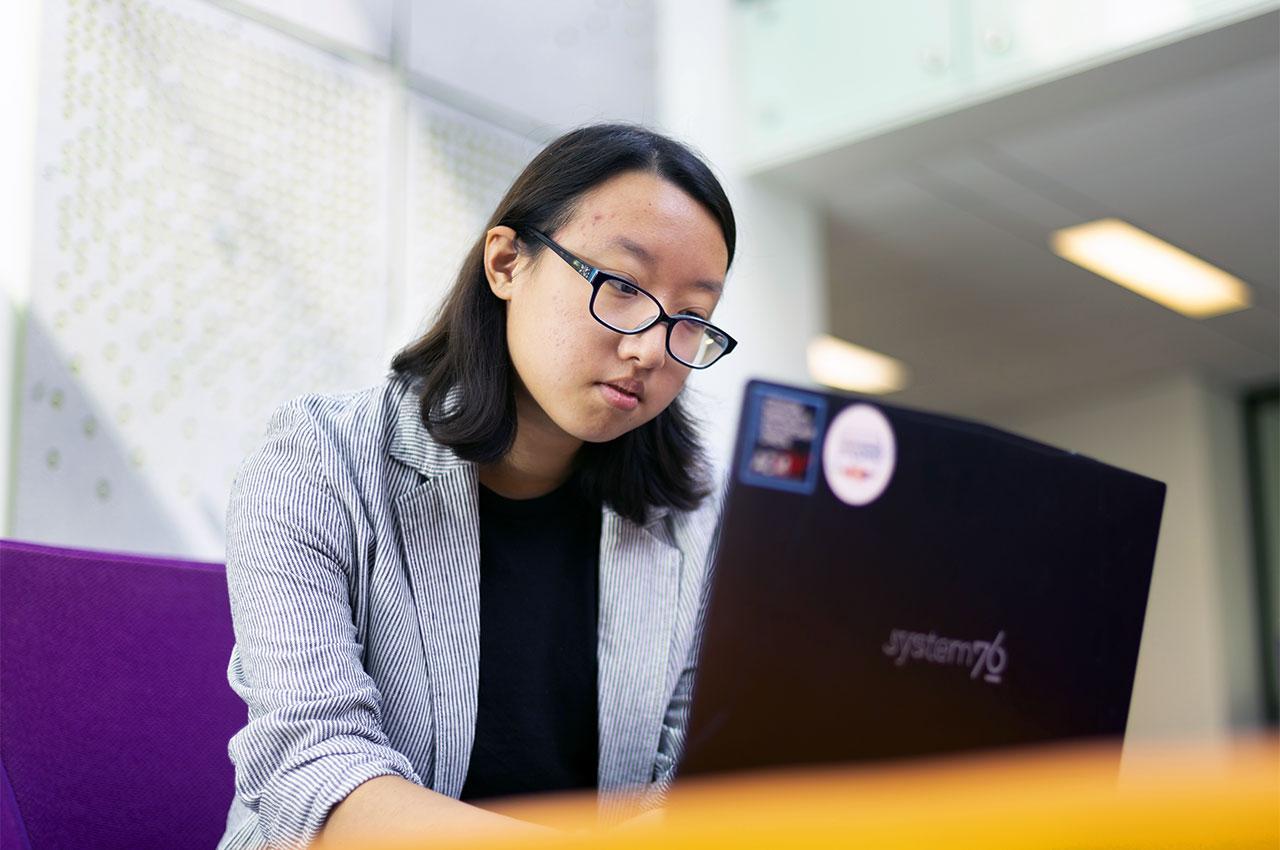 Anna Kong (CS 4th Year) says she had no plans to take the summer off from her studies. So when she was notified that she had earned a Research Experience for Undergraduates stipend from the National Science Foundation, she jumped at the chance.

“I really wanted to do research,” Kong says. “As a data science co-terminal student, I’ve worked with big data before, but I had never done my own research. I saw this as a good opportunity to get that experience.”

Kong was one of 10 students hosted by Illinois Institute of Technology during the 10-week REU program called BigDataX, which focuses on undergraduate research in both theory and practice of big data computing at extreme scales. Students came from universities across the country to conduct research on this theme. Universities that sent students to Illinois Tech included Ohio State University, Princeton University, Occidental College in Los Angeles, and even nearby institutions such as DePaul University.

“I never had the chance to use a supercomputer before, and now I’m using five,” says Harry Gollakota, a senior computer science and mathematics major at DePaul. “I think they have high-performance computers at DePaul, but they’re not used for all programs.”

Ioan Raicu, associate professor of computer science at Illinois Tech, served as a faculty advisor for the program, and says Illinois Tech received 150 applications for this summer’s 10 REU spots. The first week was spent in lectures, tutorials, and brainstorming sessions where the students chose their specific research projects. The rest of the time was spent conducting research.

“They are expected to work eight hours a day, five days a week in the lab,” Raicu says.

But the students also had a chance to explore the city. The program included a field trip to Argonne National Laboratory, where the students got a tour of the supercomputer facilities, seeing firsthand two of the fastest supercomputers in the world—Mira and Theta. They also visited the Visualization Laboratory as well as the Advanced Photon Source Facilities, where they saw computer science research applied to other disciplines including medicine, biology, material science, and physics.

Raicu says hosting the REU program is a good opportunity to show students from across the country what Illinois Tech has to offer in terms of the university’s facilities, faculty, and programs. Sometimes, the students want to come back. Matthew Baughman was a REU student in the summer 2017. After publishing several papers with his mentor Kyle Chard at University of Chicago, he decided to come back and pursue a Ph.D. degree in computer science.

The program is making a real difference for the 44 domestic undergraduate students funded by it since 2015. Of the applicants, 24 percent were female, 20 percent minorities, 24 percent were first-generation college students, and 43 percent had applied from primarily teaching-only institutions. Students have published dozens of papers, attended multiple international conferences, and many have decided to continue with graduate school.

Harriet Taylor, NSF director of the REU program, visited Illinois Tech to see how the program was going, and says the students get more than just a chance to conduct research through the program. It’s an opportunity to work with new people from different universities and other parts of the country. It’s also a chance to practice the soft skills needed to join the workforce.

“Communication skills are a big part of the program,” she says. “They practice it weekly when they present their findings to the other students and the advisors.”

Although Kong didn’t quite finish her research, she says she plans to keep working on it throughout the school year.

“It was really difficult,” she says. “Sometimes it takes time to realize you did something wrong, or you took the wrong approach, and you have start it all over again.”

The program teaches students how tackle large, complex problems by breaking them down into small, manageable pieces. Students have to be resilient, focused, and resourceful every day to make enough progress to have publishable results in 10 weeks. Some noteworthy research results have been highlighted by the numerous undergraduate research awards received by four REU students since 2016, where students from the BigDataX program won first place twice, as well as second- and  third-place awards, in the Associate for Computing Machinery Undergraduate Student Research Competition at the Institute of Electrical and Electronics Engineering/ACM Supercomputing/SC conference.