Professors Advance Research into Antibiotics to Treat Cholera and Other Diseases with $2.2 Million NIH Grant 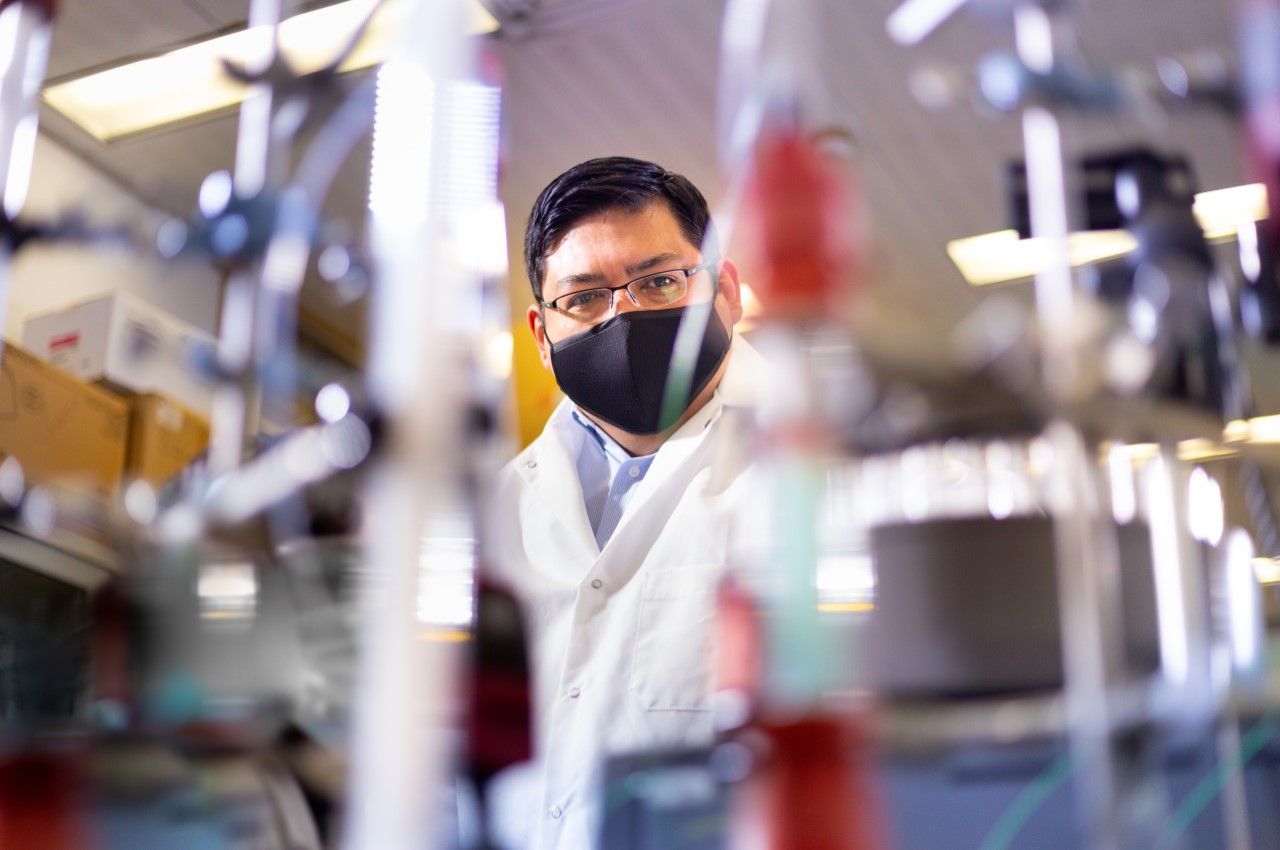 New research from Illinois Institute of Technology Associate Professor of Biology Oscar Juárez and a team of multi-institutional and multidisciplinary colleagues aims to develop new oral antibiotics for the treatment of cholera, certain sexually transmitted infections, and other infectious diseases. Juárez has been awarded a four-year, $2.2 million grant from the National Institutes of Health’s National Institute for Allergy and Infectious Diseases to fund the research.

Many of today’s antibiotics are no longer well suited to treat cholera, Juárez says. The disease is often fatal, especially in children.

“It turns out that many antibiotics are becoming obsolete,” Juárez says. “Many bacteria are no longer susceptible to any antibiotics. We desperately need new treatments, so what we decided to do is use all of the background info we have obtained to develop novel drugs that can be used by clinicians. The drugs will be tested on human cells and mitochondria, then will be tested in preclinical trials.”

Vibrio cholerae, the bacteria that cause cholera, live in rivers, lakes, and oceans, and a person becomes sick after eating or drinking something contaminated with the bacteria. Cholera cases frequently arise in the wake of disasters, and cholera outbreaks are ongoing in Africa and South Asia.

The researchers have already identified one specific enzyme, NQR, that is found in human pathogenic bacteria and plays a critical role in the pathogenesis of cholera and other diseases. Juárez and his colleagues plan to target NQR with the drugs they develop.

“By understanding the enzyme’s structure, we can produce novel antibiotics,” Juárez says. “We have already found two novel classes of chemicals that can be turned into antibiotics, targeting the protein that we’re working on. In the next step of our drug development strategy, we will  optimize the potency and toxicity profile of these inhibitors. We expect that it will take us two or three years to increase the effectivity before we can test them in animal models.”

Juárez has been studying pathogenic bacteria since joining Illinois Tech, and he aims to understand how these organisms survive in the human body.

“We’re putting a lot of effort into understanding how this bacterium work and what are the metabolic steps we need to target, using a rational approach to develop antibiotics,” Juárez says. “We decided to use all of the information we have collected at the protein and cell levels, to predict what are the best treatments. We have a completely novel idea and strategy that has not been prescribed before as antibiotics. This allows us to contribute to bridge the growing gap in antibiotic treatment, using translational biomedical research that could really be helpful in the clinic.”

Among its uses, the four-year grant will fund one Illinois Tech Ph.D. student and one postdoctoral researcher, will provide funding to the project’s collaborators at Argonne and Loyola, and will also allow the Illinois Tech team to purchase new equipment and supplies, in addition to funding conference attendance related to the project. In the lab, Juárez and his colleagues will build a new facility to produce large amounts of proteins using new instruments, which he says will allow for expanded drug testing for this and other studies.