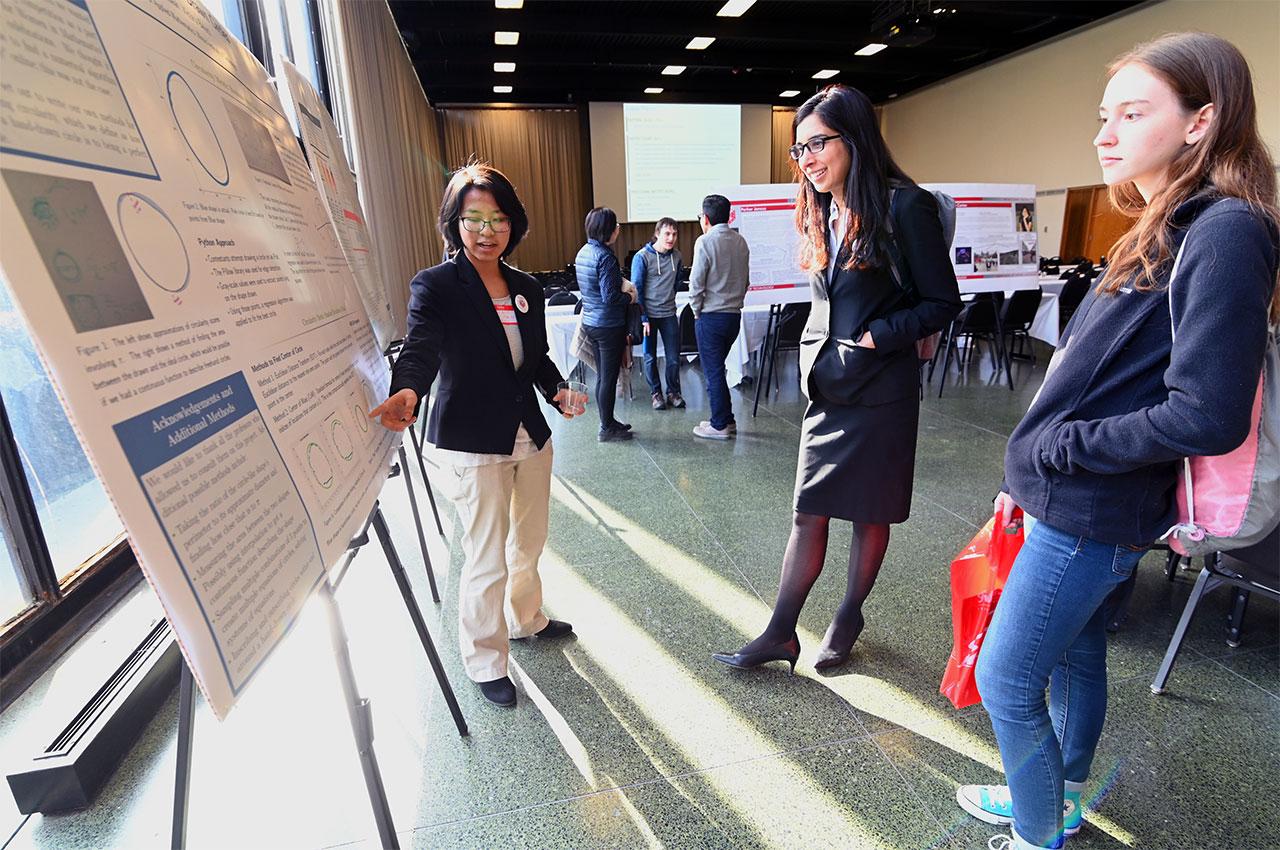 We are introduced to the simple shape of a basic circle as children. However, determining who can come closest to drawing a perfect circle proved far from child’s play for a group of students in Illinois Institute of Technology’s chapter of the Association for Women in Mathematics.

The idea was simple: hold a contest to see who can come closest to drawing a perfect circle, in freehand, to celebrate Pi Day (March 14). Contestants would draw a circle on a tablet, and an app would be used to determine which circle was the closest to being perfect.

“We initially tried to Google it, and we didn’t really understand what we were looking for,” says Rena Haswah (AMAT 4th year). “So we didn’t find anything.”

“It seemed as though no one had written a numerical solver for eccentricity or circularity,” says Victoria Belotti (AMAT 1st year).

“We could find bits and pieces of the idea, but we couldn’t find the whole thing,” Haswah says. “Luckily we have all these professors who can answer anything.”

“We would ask, ‘How would you measure how close a hand-drawn circle is to being a perfect circle?’ and the professors would give us a 10-to 20-minute explanation,” Belotti says. “It was great hearing the different approaches that professors from different areas of research had on the question.”

One professor wrote an entire document explaining different possibilities. Another professor suggested the students send the idea to the entire applied mathematics faculty as a contest. The students spent five weeks talking with professors in the applied math and computer science departments to find the most efficient method.

“We had only so much time to do it,” says Michael Elnajami (CS 4th year). “It had to be a relatively simple algorithm and not too computationally expensive, because we wanted to be able to get the results in that same day.”

“From the CS side we used a lot of reading-in image, importing libraries, and running the algorithm under the hood like magic,” Haswah says. “On the math side we used evaluating in a discrete or continuous-based way, statistics, computational math, and a little calculus.”

About 45 people participated in the contest at The McCormick Tribune Campus Center, where some flaws in the overall program were exposed. Smaller freehand circles tended to be closer to perfect as there are fewer points to read. Circles drawn more quickly were read more easily than circles drawn more slowly.