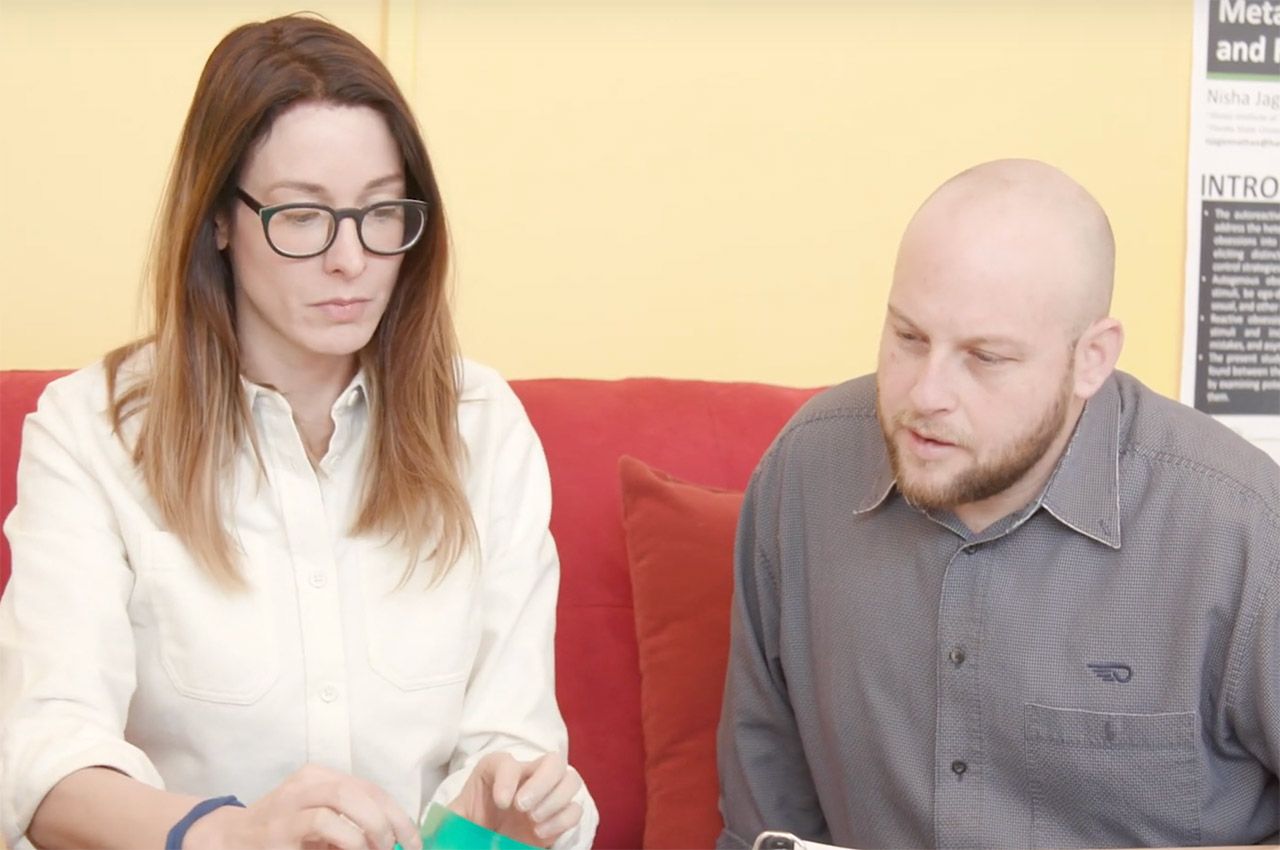 Associate Professor of Psychology Greg Chasson has published his research findings from a 2018 and 2019 pilot test in which he used virtual reality interior design software as a motivational tool for individuals with hoarding disorder to encourage them to de-clutter their homes. Chasson’s new publication titled “Rendering Promise: Enhancing Motivation for Change in Hoarding Disorder Using Virtual Reality” appears in the April 2020 issue of the Journal of Obsessive-Compulsive and Related Disorders.

“This is critical because hoarding is a very difficult problem to treat, because many individuals don’t have motivation to change,” Chasson says. “Although it’s not entirely clear how VR might help to nudge people toward change of hoarding behavior, I think it might be due to the motivational power of imagery.”

Chasson runs the Repetitive Experiences and Behavior Lab in the Department of Psychology. Recognizing that individuals with hoarding disorder are often reluctant to change their habits, Chasson and his research team utilized low-cost interior design software to create layouts of study participants’ homes and what they might look like without clutter. The researchers then used VR headsets to provide the participants with an immersive experience while navigating their own transformed homes.

“From pre- to post-immersion, there was roughly an 18 percent increase in confidence that treatment could work, and about an 8 percent increase in motivation to change scores from pre- to post-immersion,” Chasson says. “Although these effects seem modest in size, in reality, it’s important because participants were immersed in the VR experience for only five minutes and only a single time. We anticipate that repeated immersion and for longer periods of time might show an increased impact.”

Chasson and his team plan to follow up this study with a randomized control trial into either the same VR experience used previously, or an educational VR experience that teaches people about hoarding.

“The educational VR experience will serve as a comparison condition to determine if the VR experience of seeing one’s home without clutter is uniquely related to motivation changes,” Chasson says. “Ultimately, if the research continues to be encouraging, I’d like to seek out some grant funding for a study that combines this VR component with an existing treatment for hoarding, like cognitive-behavioral therapy. I believe that immersing in this VR experience could help individuals with hoarding [disorder] increase their engagement in cognitive-behavioral therapy.”