An Air Cleaner That Lets You Breathe Easier? Not So Fast, Says New Study 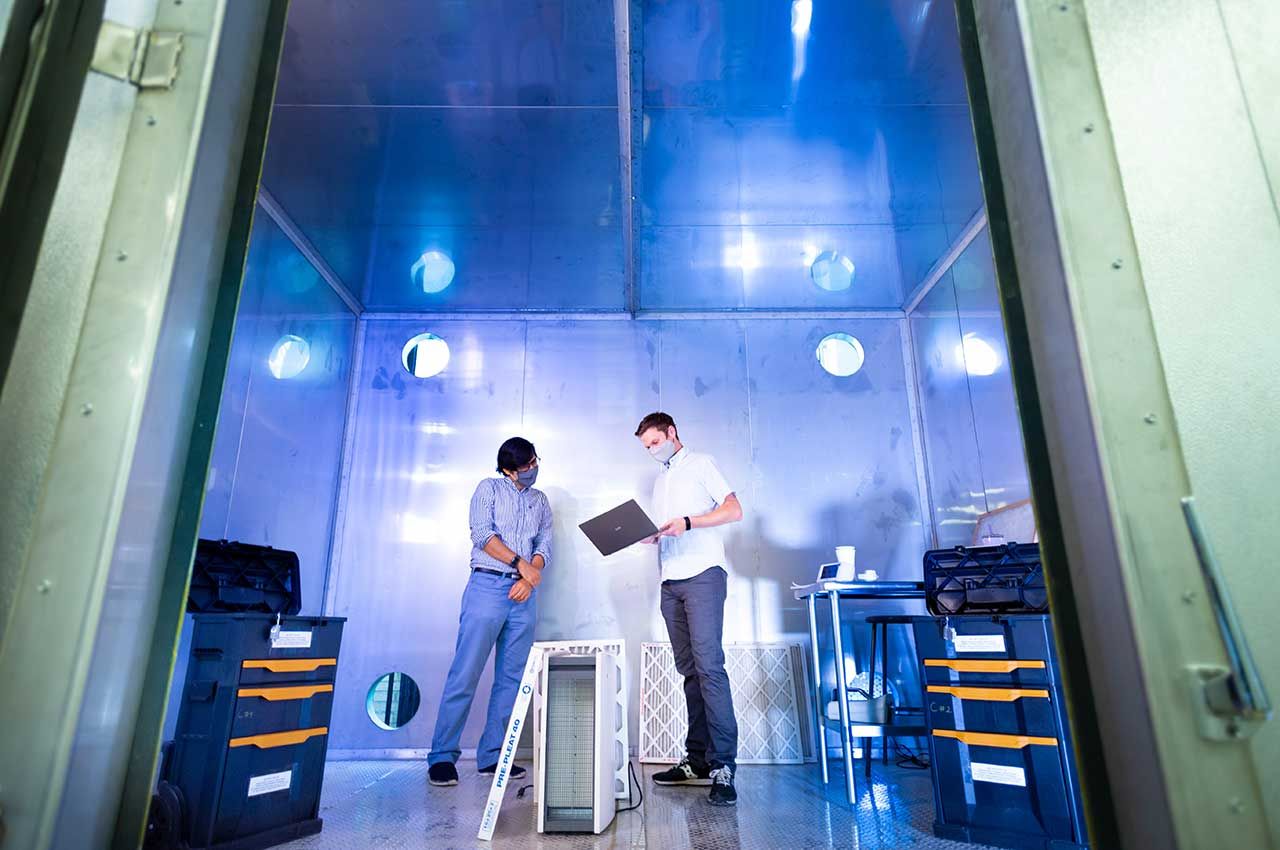 Brent Stephens used the new Illinois Institute of Technology environmental chamber to test a popular commercially available air cleaner called a bipolar ionizer. The study, published in Building and Environment in March, found the ionizer had almost no impact on indoor air quality and may have even produced harmful or irritating byproducts.

Due to the coronavirus pandemic, air cleaners have received unprecedented levels of study, attention, and market value, but air cleaning technologies in the United States are subject to almost no regulations and manufacturers’ claims are rarely independently verified. “There are no tests of safety or effectiveness that all air cleaners have to pass before they show up on store shelves,” says Stephens, professor of architectural engineering and chair of the Department of Civil, Architectural, and Environmental Engineering.

Stephens worked with Assistant Professor of Architectural Engineering Mohammad Heidarinejad and their research groups to test a bipolar ionizer that claims to work by making the smallest air particles electrically charged, which then causes them to cluster together, creating heavier clusters that fall out of the air more quickly.

Ionizers target small air particles because the most reliable gauge of air quality is PM2.5, a metric that tracks how many particles in the air are small enough to penetrate deeper into human lungs.

These devices also claim to work by chemically breaking down volatile organic compounds (VOCs) and inactivating viruses and other microorganisms (such as the SARS-CoV-2 virus, although Stephens didn’t test for the virus in these experiments).

Ionizers target VOCs because, according to the Environmental Protection Agency, scientists have linked VOC exposure to a range of negative health effects including headaches, nausea, and damage to the liver, kidneys, and central nervous system.

Stephens and his team set up an ionizer in the Illinois Tech environmental chamber, a new facility designed to perform experiments on indoor air quality. To replicate the indoor air composition of a typical lived-in space, Stephens had to increase the level of organic compounds that were initially in the air. Stephens says, “We brought in a bunch of personal belongings, furniture, and even old dissertations that were around the lab to just create a steady source of VOCs, a chemical soup of sorts, and then tested with and without an ion-generating device operating.”

While running the ionizer following manufacturer guidelines as closely as possible, detectors in the chamber did measure a decrease in the very smallest particles as the ionizer ran, but the PM2.5 level didn’t change, suggesting that if clustering was happening, the clusters were not getting big enough to leave the harmful range or fall out of the air. “We showed that it just wasn’t very effective,” says Stephens.

As for how the ionizer affected organic compounds, Stephens says, “Some VOCs disappeared during testing, but some also appeared, such that the net change would look really good if you use one indicator and it will look really bad if you use another indicator. We showed a decrease in some respiratory irritants that are commonly found indoors like xylenes and ethylbenzene, but we also showed an increase in other irritants like acetone. Plus the ionizer created a bunch of weird fragments that we don't know anything about.”

Stephens says the study, which was conducted in collaboration with Colorado State University and Portland State University, shows that the net health impact of bipolar ionizers could be positive, negative, or negligible.

Stephens has served as an expert source in articles in the New York Times and the Chicago Tribune about the use of indoor air cleaners for COVID-19 concerns and has used simulations to model the spread of SARS-CoV-2 in indoor environments. He says he’s concerned about returning to public gatherings in buildings that have installed unproven air cleaning technologies as alternatives to better ventilation or conventional air cleaning. “I’m not so sure these air cleaners are effective at some of the things that they’ve purported to be effective for, and they may even generate byproducts that are of concern,” he says.

Stephens is continuing to use the environmental chamber to test air filters, including testing to see if a simple air filter attached to a standard house fan might be just as effective for air cleaning as some of the more expensive devices on the market. 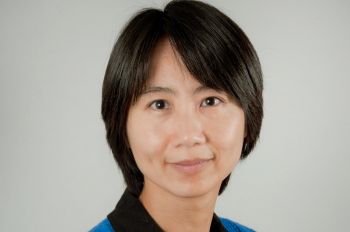 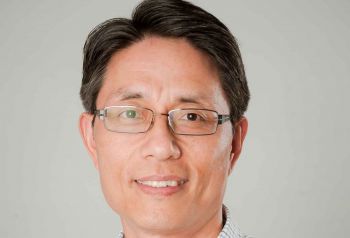 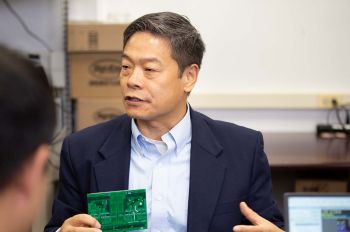