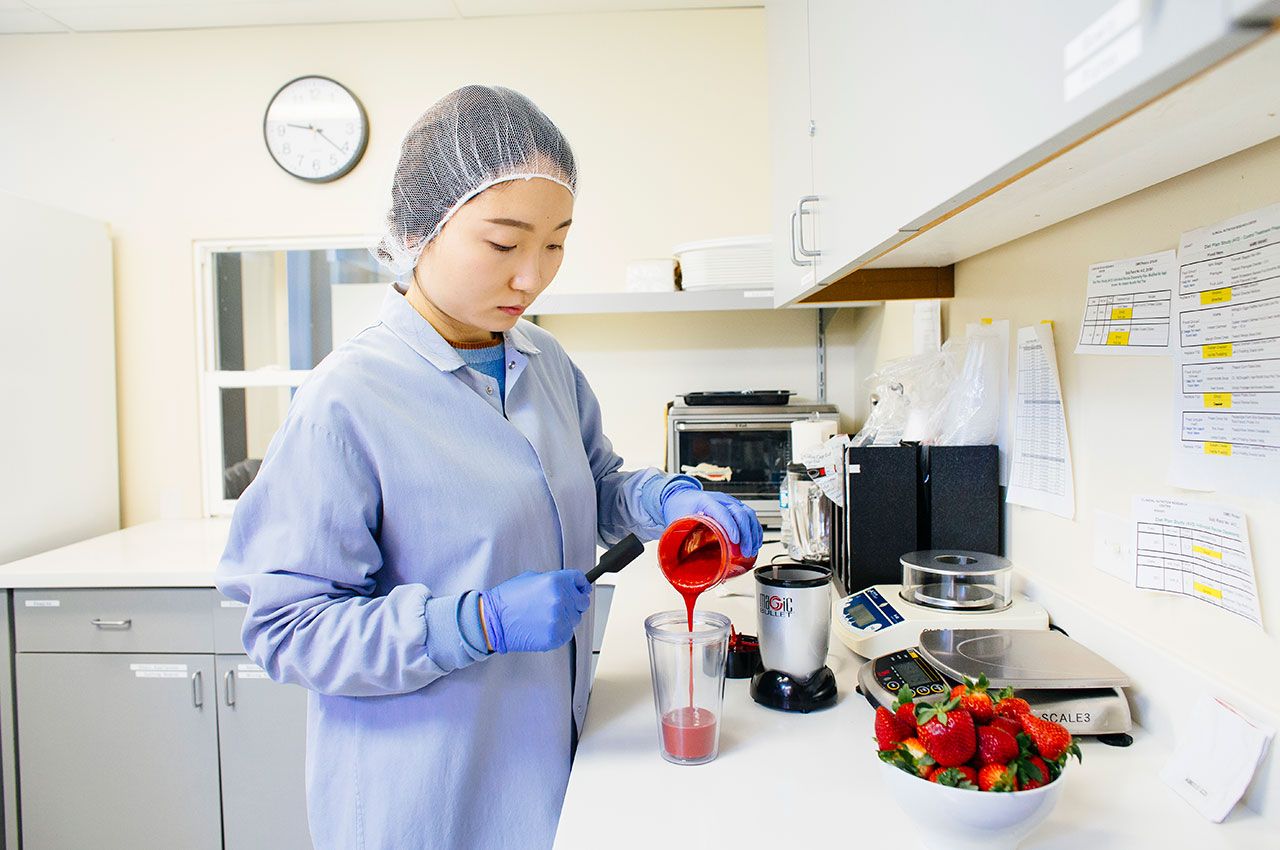 New research from faculty and alumni of the Department of Food Science and Nutrition at Illinois Institute of Technology suggests regular consumption of strawberries holds potential benefits related to gut health and varied cardio-metabolic effects.

The study's clinical trial and chemical analyses were conducted at the Center for Nutrition Research. Participants were recruited from the greater Chicago and northern Indiana areas and assigned a beverage to consume for a four-week period. Some participants were provided a drink made with real strawberries, while others were provided a placebo drink featuring the same taste, color, calories, and sugar content as the real strawberry drink, but without actual strawberries in it. Participants could not tell the difference between the two drinks.

All study participants consumed the beverage they’d been assigned for four weeks, followed by a four-week break, and then completed an additional four weeks in the study consuming the opposite drink.

“On a daily basis they consumed the equivalent of 1.75 servings of fresh strawberries, or an energy-matched placebo beverage in random order twice a day for four weeks,” says Britt Burton-Freeman, a professor of food science and nutrition and chair of the department, who served as principal investigator on the study. “Blood samples were collected and analyzed before and after the four-week intervention periods following an overnight fast.”

Using sophisticated instruments in their lab, the researchers were able to identify more than 70 kinds of bile acids and their metabolites in the blood. Bile acids are known for helping with lipid absorption, but those not recycled by the body are found in the colon, where gut microbes will transform them. Burton-Freeman says the delicate balance of transformed and untransformed bile acids and metabolites can impact colon health and potentially whole-body health as well.

“In the last decade bile acids have attracted interest for their role in inflammation and managing blood glucose, arising from changes in bile acid metabolite pools as a function of the gut microbiome,” Burton-Freeman says. “Regular strawberry intake is likely to be the source of fibers and unique compounds that can be used by certain microbiota to support their own growth and foster functional changes that influence types of bile acid metabolites. We were interested in exploring these possible changes.”

The researchers found that regular strawberry intake over a four-week period reduced concentrations of certain secondary bile acids in study participants compared with the levels of the participants who consumed only the placebo beverage.

“Reduced levels of the individual and specific subgroups of secondary bile acids indicate that regular strawberry intake modulates microbial metabolism of bile acids, which could lead to a number of health benefits warranting follow-up,” Burton-Freeman says. “Based on the changes, we would hypothesize reduced colonic inflammation, reduced gut permeability, metabolic influences, and a healthier gut microbial community.”

The study was primarily funded by the California Strawberry Commission, with additional support from unrestricted donor funds to the Center for Nutrition Research. Burton-Freeman’s collaborators on the research included Associate Professor Indika Edirisinghe and Assistant Professor Aman Sandhu, both faculty in the food science department, along with former food science and nutrition graduate students Anqi Zhao, Liyun Zhang, and Xuhuiqun Zhang; Xuhuiqun will be a postdoctoral research fellow with the department during the 2020–2021 academic year.

The team’s research findings were first presented at the Nutrition Live Online 2020 conference, held by the American Society for Nutrition from June 1–4, 2020. The group is now preparing a manuscript with the intent to publish its research.