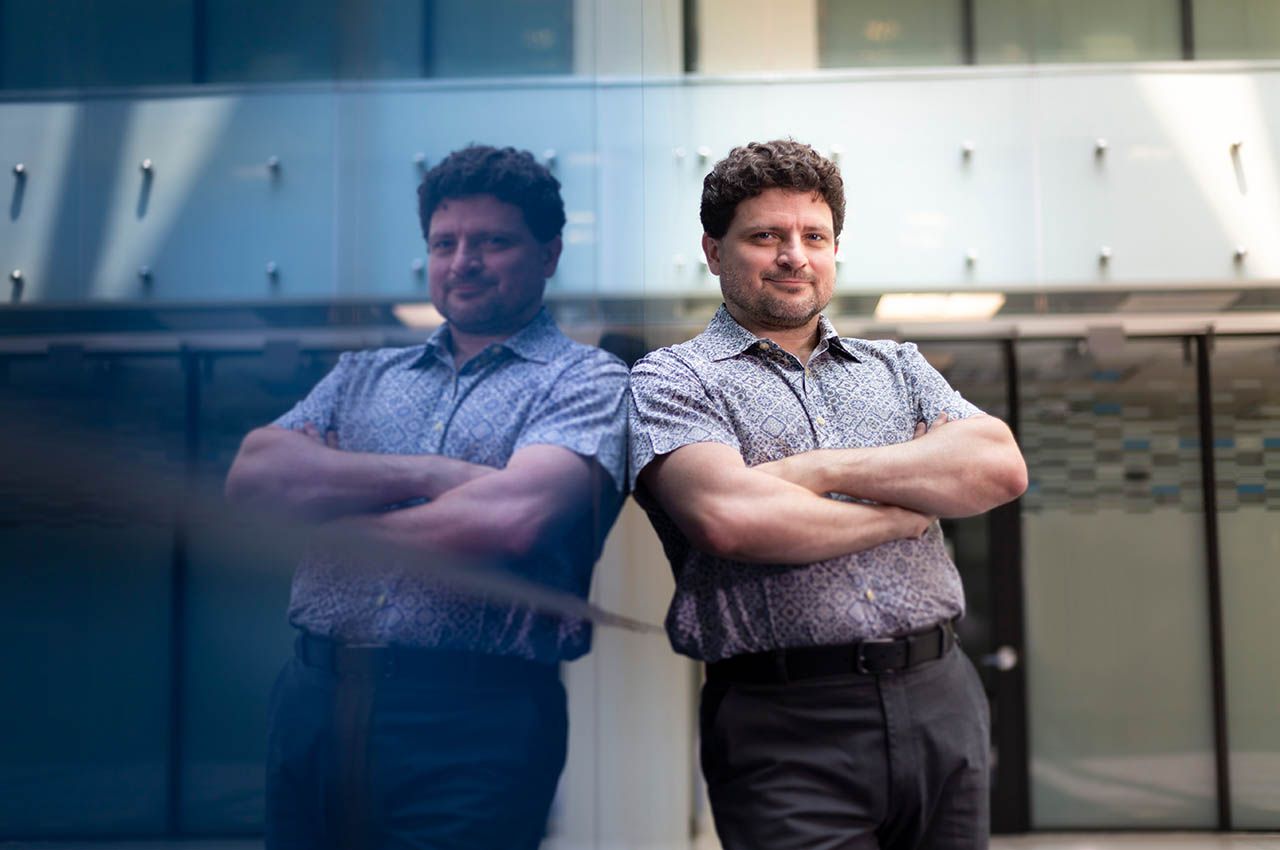 New research from Joseph Orgel, a professor of biology and biomedical engineering at Illinois Institute of Technology, is advancing the understanding of the role of collagen, the major constructive and organizing element of the human body, in fighting off diseases. Orgel’s latest findings, published in June by the International Journal of Molecular Sciences, have laid the groundwork for future research on the effects of different forms of therapeutics on the body, which could influence new treatments being developed in response to COVID-19.

Orgel says he and his colleagues were originally studying how antibodies interact with the structure of collagen and the extracellular matrix, of which collagen is a part. As their research advanced, Orgel discovered a key immunoreceptor domain that they believe is also the major histocompatibility complex (MHC) recognition region within collagen. The MHC helps protect the body from invading pathogens, viruses, and cancer. When the coronavirus pandemic arrived, Orgel says he expedited his research, recognizing the timeliness of his work in relation to COVID-19.

“We found that this immune recognition sequence is in the most clearly presented, highly available, and visible part of collagen’s structure,” Orgel says. “It is also one of the most stable and strong parts of that structure.”

The discovery could prove relevant to human health and the treatment of illnesses such as COVID-19 and autoimmune conditions, wherein the body attacks its own collagenous tissues.

“In diseases affecting the lungs, viruses have been shown to cause too much collagen to be made and deposited, causing lung/pulmonary fibrosis, and/or autoimmunity against collagen,” Orgel says. “This is where the body attacks itself with sometimes frightening complications.”

As new forms of potential treatment for COVID-19 are being rapidly developed, it can be difficult to predict what effects these treatments might have on the body. Orgel’s findings could help in this respect as new drugs are tested.

“They will need to be screened for undesirable effects, unanticipated interactions, or possible modifications to the highly abundant collagen MHC,” Orgel says, “[which is] now more feasible with the results published in this paper. Having the structural information and more data about how the body interacts with its most abundant protein, collagen, will likely be helpful.”

In future research, Orgel aims to explore whether COVID-19 causes increased collagen deposition in a manner similar to H1NS influenza.

“Even if by a different mechanism, it seems clear that COVID-19 causes pulmonary thrombosis and curious blood clotting phenomena,” Orgel says. “The MHC region we have [discovered] is also the most likely candidate for the initial interaction with blood platelets, or blood clotting cell fragments. These are avenues worth investigating for possible therapies.”

This research used resources of the Advanced Photon Source, a United States Department of Energy (DOE) Office of Science User Facility operated for the DOE Office of Science by the Argonne National Laboratory under contract no. DE-AC02-06CH11357. This project was also supported by grant 9 P41 GM103622 from the National Institute of General Medical Sciences of the National Institutes of Health.