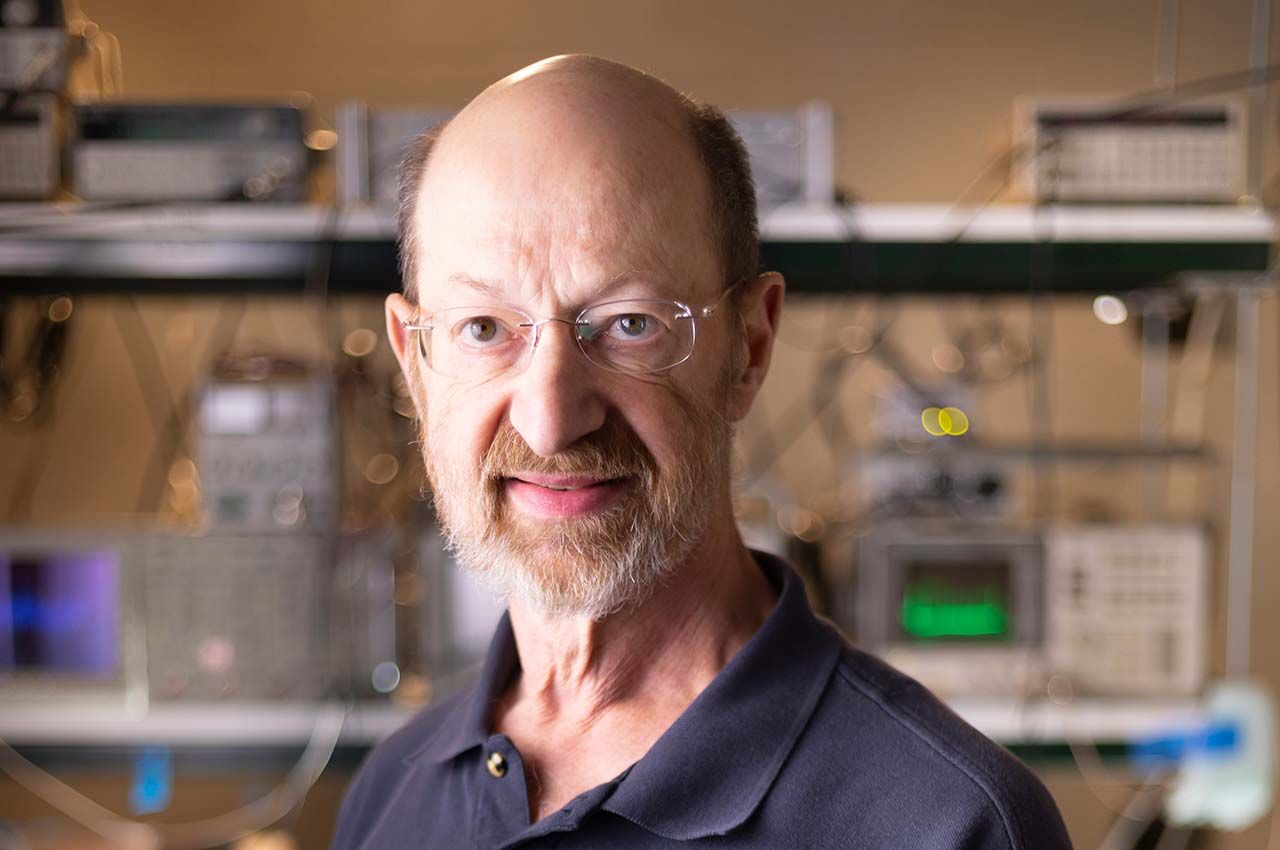 Illinois Institute of Technology Professor of Physics Daniel Kaplan and Research Professor of Physics Tom Roberts are collaborating with Lockheed Martin Space and the University of Florida on research and development for the next generation of highly advanced new telescopes for NASA.

One of the proposed missions being considered by NASA is called LUVOIR, short for “Large UV/Optical/IR telescope.” It is described on NASA’s website as “a space telescope concept for the 2030s.” If successful, the telescope could enable major advances in scientists’ understanding of the Big Bang Theory, how galaxies form and evolve, how stars and planets are formed, solar system remote sensing, and the characterization of a number of exoplanets, “including those that might be habitable—or even inhabited,” according to the website.

“LUVOIR is a really neat idea,” Kaplan says. “It is conceived as a segmented-mirror telescope with a diameter of 8 to 15 meters or so, which all needs to be packed into a space capsule approximately six meters in diameter and rocketed into orbit around the sun. Dozens of individual mirror segments are to be unpacked and deployed robotically once it reaches its destination—a so-called Lagrange point of the Earth-sun system, about a million miles from Earth. Unlike the Hubble Space Telescope, it will be very difficult to send out astronauts for a repair mission, so it all needs to be bulletproof engineering.”

Kaplan and Roberts’s role in the project is to research and develop a picometer laser-metrology alignment system for the telescope.

“A picometer is a trillionth of a meter,” Kaplan says. “Each mirror will need to be aligned with the others and hold stability to about 10-picometer precision. We’re working on a way of measuring the distance and orientation of one mirror relative to its neighbors to the needed precision.”

Kaplan and Roberts are conducting their research in their picometer laser metrology lab located in the basement of Tech South on Mies Campus. Their work involves a device called a tracking frequency gauge (TFG), which uses infrared lasers that can measure distances to sub-picometer precision. While the LUVOIR project’s timeline for development will take years, Kaplan and Roberts’s subcontract on the project is for two years.

“If our work is successful, we hope to get another grant to continue the work,” Kaplan says. “At each step we are trying to advance the technological readiness level to the point that it’s ready to fly into space.”

According to Kaplan, LUVOIR is now at level 3 and will need to reach level 6 before it’s ready to proceed to the critical design phase. A primary goal in developing the telescope, he says, is to study the light emitted from exoplanets while “blanking out” the light from nearby stars.

“A motivation is the search for habitable exoplanets,” Kaplan says, “maybe some of which will hold extraterrestrial life.”

This research draws upon Kaplan and Roberts’s previous work with picometer-scale measurements. Along with two of the TFG inventors, the Illinois Tech researchers published “Improved Performance of Semiconductor Laser Tracking Frequency Gauge” in the Journal of Instrumentation in 2018. The paper describes incremental improvements in distance accuracy when using the tracking frequency gauge. Earlier this year Kaplan—a particle physicist who directs the Center for Accelerator and Particle Physics at Illinois Tech and conducts experiments at the Fermi National Accelerator Laboratory—and a team of international scientists also made significant progress toward the development of the world’s most powerful particle accelerator.