Robots All the Way Down 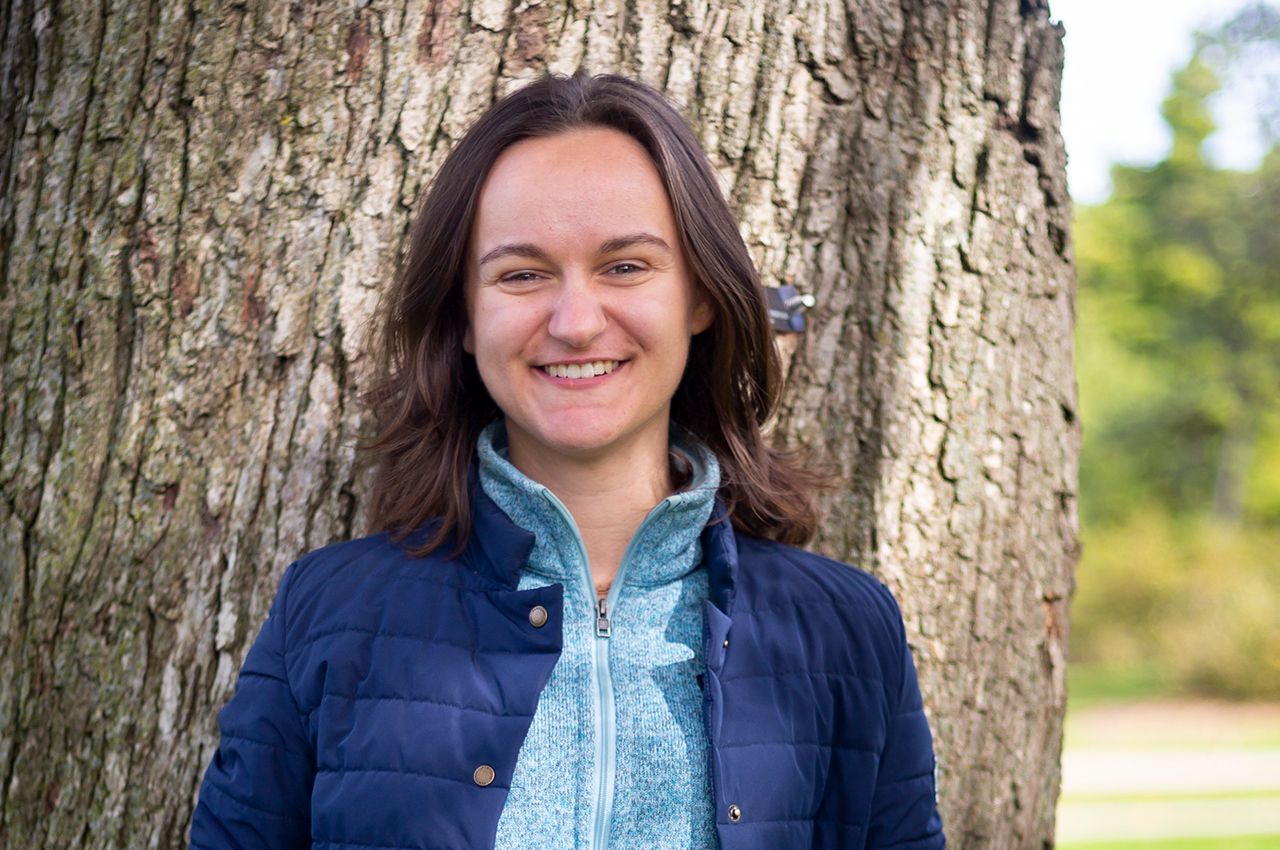 When Sydney Kaplan (B.S. Mechanical Engineering, Business minor, M.E. Mechanical & Aerospace Engineering) joined a robotics club in her first year of high school, she just thought it was cool. “Now everything in my world relates to robotics,” she says. “I think that there’s a lot of great challenges out there that can be solved with engineering and robotics, and we are at the start of the robot revolution.”

She decided to attend Illinois Institute of Technology after a campus visit. “I felt that I fit into the student population well. I enjoyed our nerdy conversations and jokes and felt at home immediately,” says Kaplan, who is a Camras scholar.

In her first college internship at WaterSaver Faucet Co., Kaplan was officially helping the design engineers, but after seeing the robots used in the manufacturing plant, she asked to help out with those too. “I loved it so much more than designing. I just knew it was for me, and it was what I wanted to be doing,” she says. “At the end of the summer I made an appointment with Dr. [Matt] Spenko.”

Since then, Kaplan has been working with Spenko, a professor of mechanical and aerospace engineering who heads the Robotics Lab@IIT, and The Morton Arboretum to develop a drone that researchers can use to monitor tree health and take leaf samples from parts of the tree that are high above the ground and difficult to access. She works with computer vision, the process of using advanced algorithms to track features in a video.

After two and a half years of testing and prototyping, she has taken the project from the early stages—where she tested an algorithm to analyze footage that she took by holding a selfie stick over the bushes in her backyard—to the current design, which has a specialized camera integrated onto a drone that can fly to the tops of trees and analyze their canopies in real time.

As an undergraduate, Kaplan presented this research at an international conference where she competed against graduate students to win the conference’s best poster award. The experience also landed her another tree-related robotics gig. As an intern for Abundant Robotics, Kaplan worked in an apple orchard in New Zealand, maintaining and troubleshooting an experimental apple-picking robot.

Kaplan was in New Zealand when COVID-19 shutdowns began. At the time, she says, because of outbreaks in her hometown of Seattle, staying put was the safer option. So while most of the interns left early, Kaplan stayed.

“Before there had been engineers flying in to work on the robot every other week. Then it was just me and one other student, and we got to have more responsibility,” says Kaplan. Because the project related to the food industry, the interns were considered essential workers and continued to work through the lockdown.

“The robot was operating 24/7, so sometimes it would break and we would be in the orchard with our headlamps communicating with the engineers over Slack trying to fix this machine we didn’t design. It really put into a new perspective what engineering can be. It doesn’t have to happen at a desk, it doesn’t have to happen in a lab, it can literally happen in the middle of an apple orchard,” says Kaplan.

Now graduating through the Accelerated Master’s Program, Kaplan is headed home to Seattle to work at a robotics startup called Bright Machines, which creates industrial automation robots and software to help manufacturers quickly and easily automate their processes using robotic cells, modular robotic systems that can be combined to achieve a broad range of manufacturing needs. She interned with them during winter break after the fall 2020 semester, and now she’ll be working to continue improving the precision of one of Bright Machine’s main robotic cells, which houses a robotic arm.

“I want to tackle some of the environmental issues, and I think that can come from a lot of different perspectives,” says Kaplan. “When you are using robots to manufacture, you can save material, you can create less waste, and you can improve the speed of processes so you can potentially use less energy. I’m interested in how that connects to the environment.”