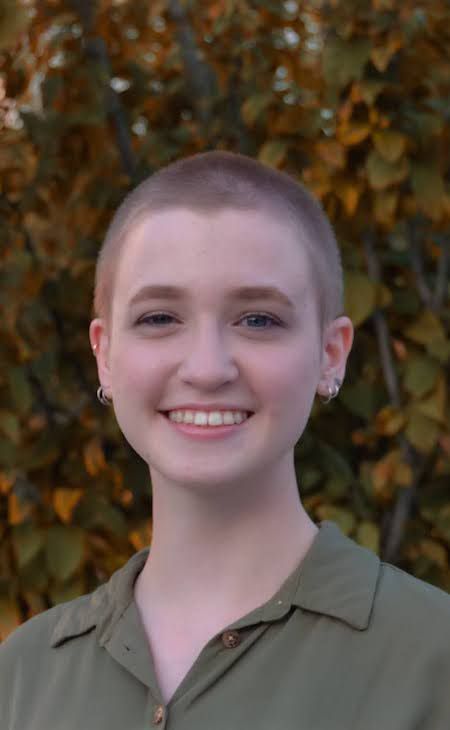 Rosemary Johnson’s Camras Scholars interview as a high school senior turned out to be even more important than she bargained for.

Not only did she receive the scholarship, securing herself full tuition support to attend Illinois Institute of Technology, but she also had a fortuitous conversation with the interviewer, Professor of Mechanical and Aerospace Engineering David Williams, about his research.

In her first year at Illinois Tech, Williams hired her to work in his research group. That endeavor has turned into a long-term project, with Rosemary now completing her seventh semester working with him.

Rosemary says she had good experiences visiting Illinois Tech campus every year with her high school robotics team, and she was drawn to the university’s Accelerated Master’s Program.

“Being able to get my B.S. and M.Eng. degrees in five years will help me move into the workforce at a higher level while saving money,” says Rosemary. “It is a great program because undergraduate financial aid continues to apply in your fifth year.”

She has enjoyed Illinois Tech’s small-school dynamic where “there is always somewhere to turn for help” and recommends the university to anyone looking for “a more personal education.”

She has also found support through student organizations including her involvement with Illinois Tech’s Alpha Sigma Alpha, Zeta Phi chapter.

“Involvement in the sorority has helped me grow as a person and as a leader. It has also provided me with a support network of other women in STEM majors,” she says.

Rosemary says this support system at Illinois Tech has proven essential for when challenges arise.

“During my third year I was really struggling with a class,” she says. “I’d received the worst exam grades of my life at that point, and I was almost positive I was going to fail the course.”

But when she approached John T. Rettaliata Endowed Professor of Mechanical and Aerospace Engineering Hassan Nagib for help, Rosemary says, he “instantly put [her] at ease.”

“He worked me through a sample problem and encouraged me when I got things right. This boosted my confidence and helped me realize that grades aren’t the only thing that defines academic success. My focus since then has shifted to gaining experience and ability rather than only doing well on exams,” she says. “I’m grateful for that conversation.”

Much of that experience Rosemary has gained has come through Williams’s lab, where she has continued to work since her first year.

Her specialty is the foam aircraft the group uses to test new designs.

“This isn’t your everyday model aircraft. It has unique geometry and features that make it difficult to work with,” says Rosemary.

She designs her models using CAD, constructs them out of computer machined parts, creates a plan for what she’ll be testing, and prepares for take off.

It’s not just a matter of whether the design will soar or crash; Rosemary aims to gather a range of flight data for however long the aircraft is in flight in order to explain any patterns she observes.

This requires outfitting the foam model with a complex control system, including a range of delicate sensors, tubing, and cables that are also used to provide feedback to automatically stabilize the craft during flight.

“There is nothing quite like watching the aircraft you spent months laboring over pass you by hundreds of feet in the air. Getting to apply what I learn in class to a real, tangible project is very exciting and reaffirms for me every day that I’m in the right field,” says Rosemary.

Rosemary hopes to continue chasing this feeling throughout her career with the goal of finding a job working on testing and control system development for experimental aircraft.

“Research is for anyone with a passion and a willingness to fail before you succeed, and experimental design and testing of aircraft is where I want to be. I don’t want to step back from the forefront of aerospace research,” she says. 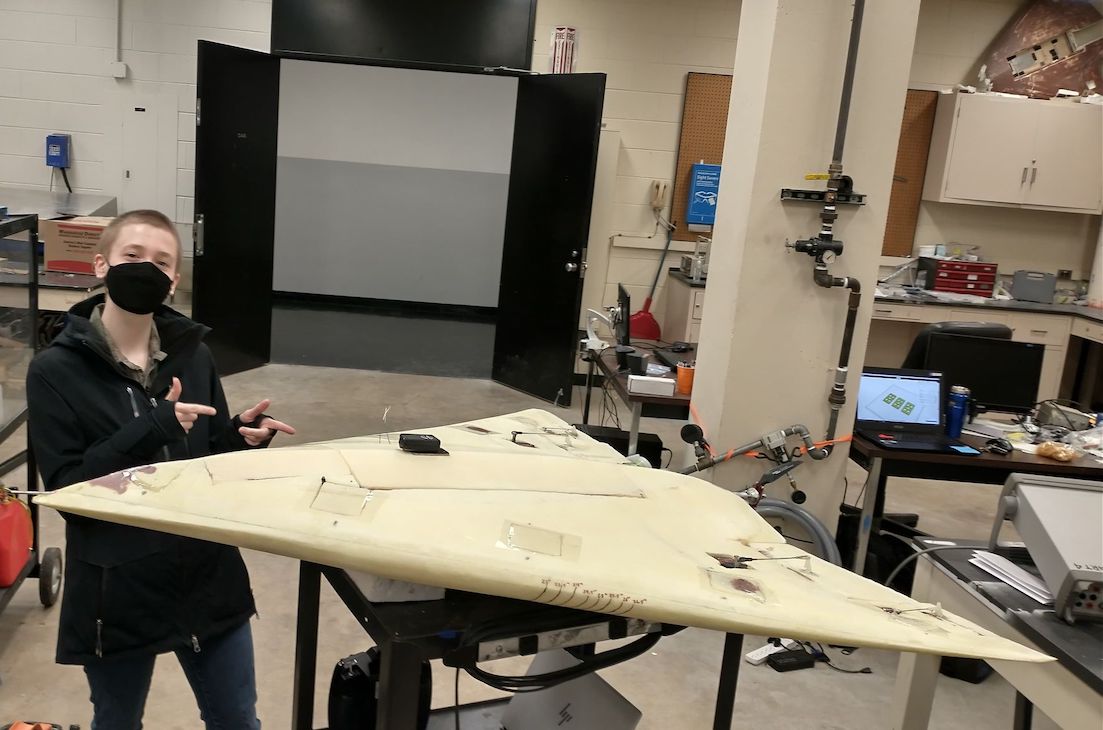