A Skill Set for Career Growth 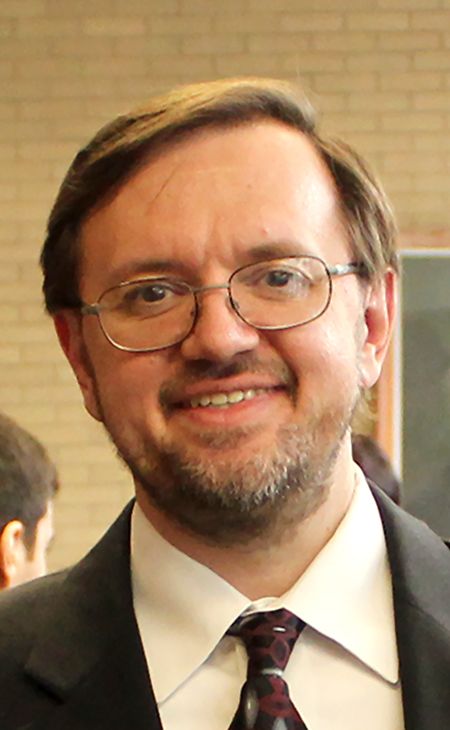 “I was probably born to be an engineer,” says David Hentrich. His grandfather was an engineer with his own workshop who built Hentrich his own child-sized workbench as a kid. He absorbed his grandfather’s love for engineering and tech, and turned that interest toward emerging technology.

“I grew up during the home computer age in the ’80s. That’s where home computers really started to blossom. It was this new cool thing that just inspired me when I was a youth,” he says.

As an engineer at Motorola with a computer science degree, Hentrich found himself increasingly working with electronics hardware and in 2001 decided to apply to Illinois Institute of Technology to further develop that side of his skill set. He earned two master’s degrees through a groundbreaking Illinois Tech initiative called IITV, which allowed people to learn primarily remotely through lessons broadcast over TV.

“Illinois Tech catered to the ability for you to both work and get a degree at the same time. It was fabulous in its day. They were, as far as I know, the only ones doing it, at least in Chicagoland,” says Hentrich.

After completing his master’s degrees, Hentrich says Jafar Saniie encouraged him to apply for the Ph.D. program, through which he did research in the emerging field of polymorphic computing, which works to advance computer architecture by making it more dynamically reconfigurable.

Now, two decades into an engineering career, Hentrich says he gravitates toward working with strong, cohesive teams that have a good mission and great respect for one another. “You can go farther as a team than you can as an individual. If the team is dysfunctional, it doesn’t matter how cool the problem is, you may not get to cross the finish line.”

In previous roles, Hentrich has worked on the OnStar and Hyundai Blue Link systems, which provide enhanced security and remote controlling in cars. As a Tech Fellow at Northrop Grumman, Hentrich works on embedded electronics. “Embedded electronics are the things that run behind the scenes that you may not be aware of—for instance, a light switch may have some electronics and software in it, and in a modern car there are enormous amounts of software and embedded electronics underneath that are running nearly every aspect of the vehicle.”