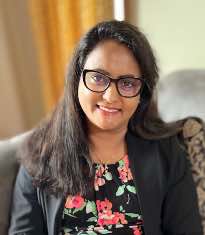 Priya Ann Abraham is a graduate of Illinois Institute of Technology (2003, MS- CS) and currently serves as an Enterprise Architect with Assurant Inc. In her current role, she acts as an IT strategy advisor and focuses on M&A pre and post-merger integrations. Prior to her work at Assurant, she worked for multiple Chicago-based insurance and logistics companies playing engineering and managerial roles. She is enthusiastic about guiding and mentoring girls in technology and promoting STEM education. Outside of work, she serves as a commissioner and board member of the Long Grove Park district helping her community to maintain the open spaces. She lives in Chicago's northwest suburb of Long Grove with her husband and two kids. 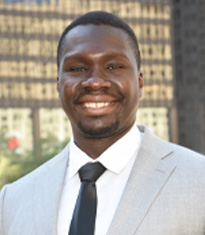 Akinade Aderele is a consultant at Mckinsey and Company where he works to help solve some of the world's most complex problems. Prior to his time here, he worked in capital deployment at The Duchossois Group and in construction operations at Gilbane. He is also the founder of Pod Save Africa, a media platform that has for more than six years unearthed stories about the African continent to an audience in more than 80 countries. Aderele spends much of  time working on leveraging the intersection of technology and infrastructure to improve outcomes in emerging economies. 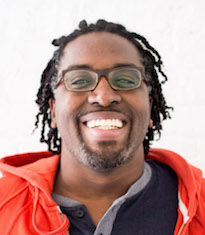 Cobham is the development director at DevMynd, a custom software consultancy based in Chicago, with additional offices in San Francisco. For the past six years he has led teams delivering web-based and mobile software products that help solve challenging problems for DevMynd clients. In addition, he provides supervision and mentorship to DevMynd’s junior developers to promote their professional growth. Prior to joining DevMynd, he was a senior developer for Obama For America 2012, one of the most successful political campaigns in history. His role on the OFA team was to find and implement solutions that would make it easier for people to manage their account, contribute to the campaign, and organize within their communities.

Prior to his development career, Cobham advised estate planning and litigation clients as an associate at Schiff Hardin LLP, a Chicago-based full-service law firm. He joined Schiff after a two-year judicial clerkship with the Honorable James B. Zagel in the federal district court for the Northern District of Illinois. He received his J.D. from the Northwestern Pritzker School of Law, and his B.A. in political science from Yale University with a concentration in computer science. 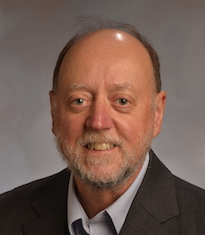 Dongarra holds appointments at the University of Tennessee, Oak Ridge National Laboratory, and the University of Manchester. He specializes in numerical algorithms in linear algebra, parallel computing, use of advanced-computer architectures, programming methodology, and tools for parallel computers. He was awarded the Institute for Electrical and Electronics Engineers' Sid Fernbach Award in 2004; in 2008 he was the recipient of the first IEEE Medal of Excellence in Scalable Computing; in 2010 he was the first recipient of the Society for Industrial and Applied Mathematics Special Interest Group on Supercomputing's award for career achievement; in 2011 he was the recipient of the IEEE Charles Babbage Award; and in 2013 he received the Association for Computing Machinery/IEEE Ken Kennedy Award. He is a fellow of the American Association for the Advancement of Science, ACM, IEEE, and SIAM, and a foreign member of the Russian Academy of Science and a member of the United States National Academy of Engineering. 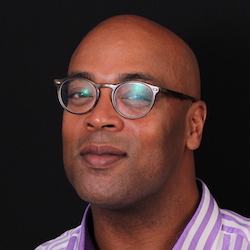 Eden is responsible for the creation and implementation of strategic public relations and executive visibility plans for technology, manufacturing, and government clients. He also has a proven track record of advising and counseling companies on media relations strategies to insure media coverage that successfully raises awareness, visibility, and understanding of their products/services and favorably supports their overall business objectives.

Eden has solid media relationships with outlets including CNBC, CNN, Bloomberg TV, the Wall Street Journal, the New York Times, and major dailies throughout the U.S. He has worked with IBM, Motorola, Mattel, Lenovo, Google, Gogo Inflight, Qualcomm, and the City of Chicago’s Department of Innovation and Technology, among others.

He is an advisory board member of the Illinois Technology Association’s Midwest Internet of Things Council. Eden is also an oversight committee member of The Array of Things Project, the world’s first urban sensing initiative based in Chicago. In 2016 he was named to Chicago Inno’s 50 on Fire honor roll for outstanding contributions to Chicago’s tech and innovation ecosystem. Eden received his undergraduate degree from the University of Michigan. 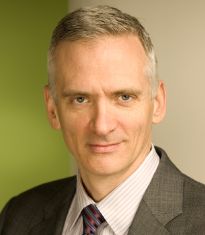 Gladwin is the co-founder and CEO of Ocient, a company that is creating the technology to analyze the world’s data. In 2004 Gladwin founded Cleversafe, which became the largest and most strategic object storage vendor in the world (according to IDC). He raised $100 million and led the company to a $1.3 billion exit in 2015 when IBM acquired it. The technology he started generated over 1,000 patents granted or filed, creating one of the 10 most powerful patent portfolios in the world. Prior to Cleversafe, Gladwin was founder and CEO of startups MusicNow and Cruise Technologies, and led product strategy for Zenith Data Systems. He holds a engineering degree from Massachusetts Institute of Technology. 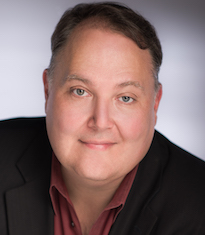 Jablonski is a technology-based serial technologist and entrepreneur that has founded several companies. He is currently co-founder and CTO of Ocient, a company that is building a relational database management system designed to analyze the world’s largest datasets. Previously, Jablonski founded software companies including WeGather and Acumence, He was also on the startup team for Falcon Insurance.

Jablonski holds an M.B.A. from the Kellogg School of Management and a Bachelor of Science in Computer Engineering from the University of Illinois at Urbana-Champaign. 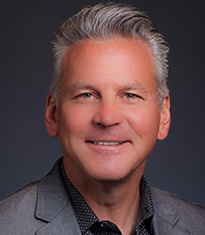 Tom Kawalec is a Managing Director in Accenture’s Life Sciences Practice bringing over 30 years of consulting experience including the management of Accenture’s global
relationships with some of the world’s largest Life Sciences companies. Tom specializes in creating effective Customer Centric Operating Models and Digital Capabilities for large
scale business-to-business companies within Life Sciences and Healthcare, with prior experience in Travel, Consumer Goods and Telecommunications industries.

As the Midwest Life Sciences Practice Lead, Tom has P&L responsibility for our clients within this geography. Tom also serves as the Executive Sponsor for our Global MedTech Segment. In these roles, Tom is also part of Accenture’s Global Life Sciences Leadership Team, setting strategy and priorities, and nurturing the 15,000+ global Life Science practitioners.

Tom holds a B.S. in Aerospace & Mechanical Engineering from Illinois Institute of Technology and an Executive MBA Program Certificate from Kellogg Graduate School of Management at Northwestern University. He resides in the Chicago area with his wife and four daughters. 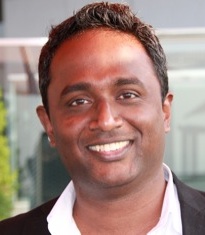 Kulathakal is a serial entrepreneur and venture partner at OCA Ventures. He is the founder and chair of Trading Block Holdings, Inc., a financial services holding company based in Chicago. Kulathakal was a partner at GetAMovie, which was sold to McDonalds and subsequently became part of RedBox, now one of the largest movie rental companies in the United States and the fastest growing in terms of revenue. He also was a founder of Enterprise Logic Systems, a software development firm that specialized in developing technology solutions for the financial services and trading industry.

In addition to his leadership role at Trading Block, he is the founder of the Vidya Foundation, which provides scholarships to underprivileged children in third-world countries. He previously served on the board of the Beck Foundation, Chicago Charter School Foundation, Civitas Schools, Leap Learning Systems, and the Heartland Institute. 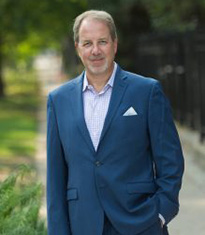 Doug Laney is the Data & Analytics Strategy Innovation Fellow at West Monroe Partners where he consults to business, data, and analytics leaders on conceiving and implementing new data-driven value streams. He originated the field of infonomics and authored the best-selling book, Infonomics.

Laney has advised hundreds of organizations in every industry around the world on emerging and best practices in data analytics strategy, maturity, and literacy. At the University of Illinois Gies College of Business, Laney teaches a popular course on infonomics for MBA and accounting graduate students. 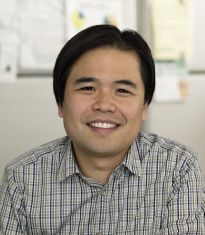 Liew is the chief technology officer of Orbitz, LLC. He was promoted from vice president of technology in November 2010. This is Liew’s second stint at Orbitz, having worked there from 2000–04. Between 2004 and 2010, Liew was chief technology officer of G2 Switchworks, a provider of travel distribution solutions, and Milestro, a leisure, travel, and tourism company. Earlier in his career, he was a lead developer for Neoglyphics Media Corporation and a software engineer for Motorola’s Cellular Subscriber Group.

Liew studied mathematics and computer science at the University of Chicago. 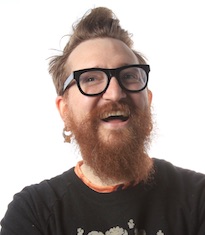 Reed is an hacker/engineer who builds paradigm-shifting tech and leads others to do the same. Reed loves using the vastness of the internet to bring people together, whether as CTO of Obama for America, CTO at Threadless.com, or on his own projects.

Through the acquisition of his company, Modest, inc, Reed is helping to define the future of commerce at PayPal.

You can often find Reed playing with new technologies, looking for something to hack, or enjoying life in Chicago with his amazing partner, Hiromi, and their bizarre poodle, Lulu 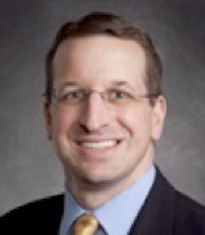 Toulouse is vice president of the IT Infrastructure organization for The Boeing Company, where he is responsible for the computing and telecommunications infrastructure that serves Boeing’s 160,000 employees and their customers worldwide.

Since joining Boeing in 1989, Toulouse's responsibilities have included oversight of IT Global Network Engineering, where he was responsible for providing the connectivity infrastructure that enables all internal Boeing applications and delivery systems to integrate, communicate, and pass data throughout the company and beyond. He was also the director of Business Integration for Engineering, Operations, and Technology after spending two years in the Executive Development Program, which prepares managers for assignments of increasing responsibility through cross disciplinary rotational assignments. Before joining the EDP, Toulouse managed International Program Development for Delta Launch Services, the marketing arm for Boeing's expendable launch vehicle program, and served as the test director for Aero Optic and Aerothermal Effects in Hypersonic, Turbulent Flows.