CHICAGO—Hazem Dawani (CE ’01)—GigaStar co-founder and CEO and Illinois Tech alumnus—has been elected to the Illinois Institute of Technology Board of Trustees.

As co-founder of GigaStar, a blockchain-based solution fueling human creativity by bringing YouTube creators and fans together as partners, Dawani brings extensive experience in entrepreneurship and emerging technology to his new role.

“I look forward to helping deliver on Illinois Tech’s mission to uplift people from all backgrounds with a technology-oriented education that will meet the needs of the age,” says Dawani. “I am thrilled to become part of the team executing on this mission and creating the next era of innovation.”

Prior to co-founding GigaStar, Dawani served as CEO of Predata beginning in 2018. Predata builds models of human behavior using alternative data and machine learning techniques to quantify online attention and identify geopolitical risks. At Predata, Dawani was responsible for setting a go-to-market strategy, scaling, and managing all aspects of the business. Over the course of three years, Predata expanded its artificial intelligence-enabled data analytics capabilities and grew its revenue more than five times over, and it was successfully acquired by FiscalNote in 2021. Dawani continues to serve on the board of Predata, which is now a subsidiary of FiscalNote.

“Hazem’s expertise in starting and leading businesses at the forefront of finance and technology are invaluable additions to our board,” says Illinois Tech President Raj Echambadi. “I look forward to working with him to ensure Illinois Tech is an engine of opportunity for our next generation of technology innovators.”

Dawani started his entrepreneurship journey when he co-founded OptionsCity Software in 2007 and served as its CEO. Under his leadership for 10 years, the company grew to become a global leader in electronic trading solutions with offices in Chicago, New York, and London. Dawani led the business along the various growth stages, raising multiple investment rounds, and growing a large customer base that culminated in a successful acquisition by Vela Trading Systems in 2017.

“It is a special honor to be joining the Board of Trustees at Illinois Tech,” said Dawani. “As an alum, in addition to preparing me with a solid technical and professional foundation, Illinois Tech provided valuable connections and resources when starting my entrepreneurial journey.”

After graduating high school in Jordan, where he grew up, Dawani chose to pursue his B.S. in computer science at Illinois Tech. At Illinois Tech, Dawani was selected as a scholar in the M. A. and Lila Self Leadership Academy.

Upon graduation from Illinois Tech, Dawani joined one of the city's most prominent trading firms, Chicago Trading Company, and was promoted to spearhead the design and creation of its main electronic trading and market-making system. That system led to the company's swift growth in electronic trading revenue.

“Hazem exemplifies the type of entrepreneurship mindset we aim to foster in Illinois Tech students,” says Michael P. Galvin (LAW ’78), chair of the Illinois Tech Board of Trustees. “We’re honored to have an alumnus of his experience, energy, and passion joining the board."

In 2012 Dawani was named to Crain’s Chicago Business 40 Under 40 list. Dawani was also featured alongside a number of financial industry leaders in the 2015 Trading Technology 40. Dawani is a member of organizations such as the Forbes Technology Council and the Economic Club of Chicago. In 2013 Dawani was the recipient of Illinois Tech’s Outstanding Young Alumnus Award. He is a member of the Stuart School of Business Board of Advisors at Illinois Tech, and was the Commencement speaker for the business school in 2017.

Dawani established The Dawani Foundation in 2018, and holds the position of director.

“Hazem’s expertise compliments that of our existing board members; we are delighted to welcome him to this new leadership role at Illinois Tech,” says Ernie Iseminger, vice president of advancement at Illinois Tech. “His passion for the university and commitment to service will undoubtedly enrich our board as we continue to advance Illinois Tech’s mission.” 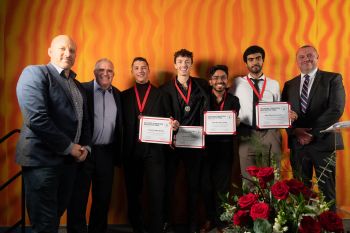 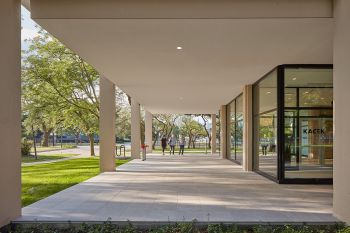