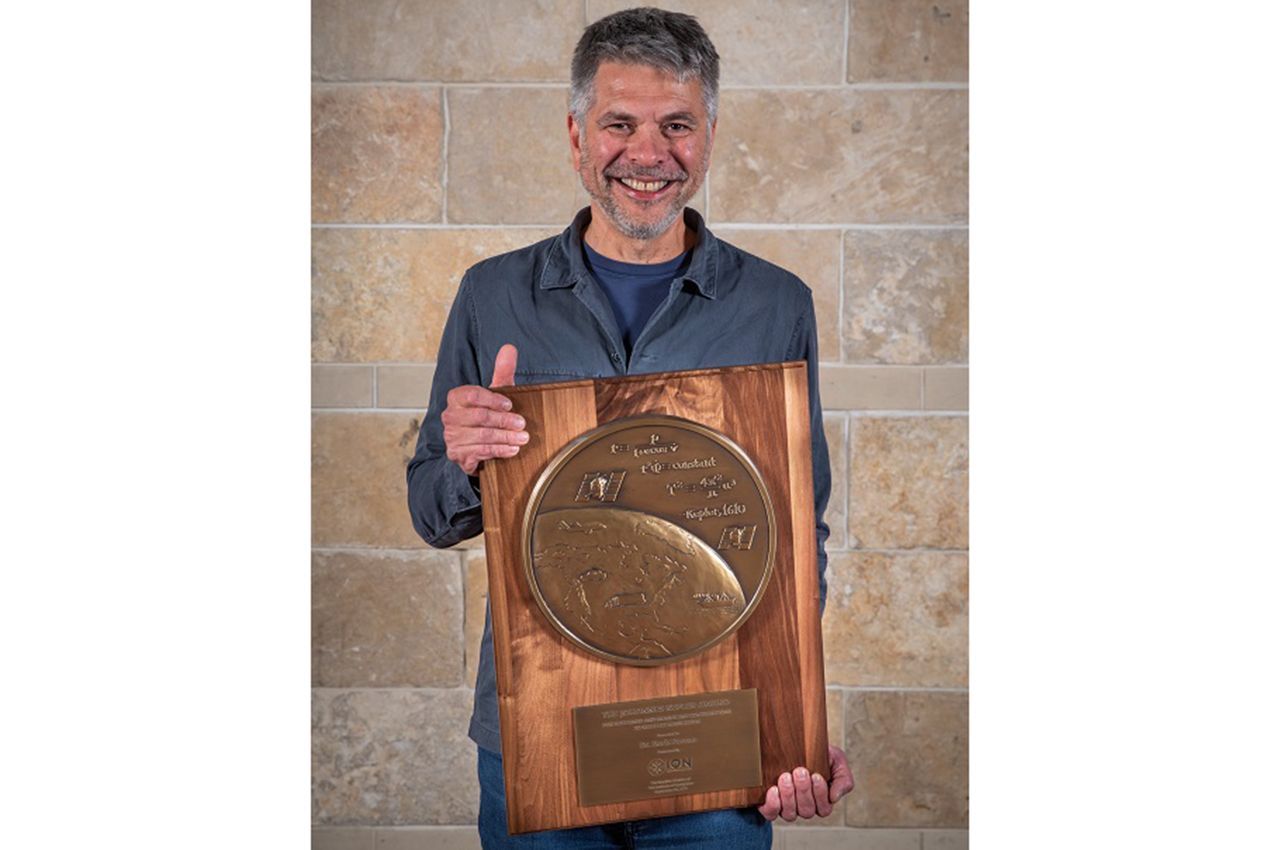 CHICAGO—Illinois Institute of Technology Professor of Mechanical and Aerospace Engineering Boris Pervan was awarded the 2022 Johannes Kepler Award by the Institute of Navigation. Pervan was noted for “his pioneering contributions to high-integrity GNSS-based aviation navigation and his dedication to education.”

“It’s huge,” says Pervan, “and not just in the way you’re thinking. When they handed me the plaque, I almost fell into the podium.”

Pervan’s work has been transformative.

“There’s so much that depends on GPS these days,” says Pervan. “My whole career has been focused on having high-accuracy and high-integrity navigation simultaneously.”

Systems that put GPS in the driver’s seat, controlling a car or airplane, are only possible because of his work to ensure the reliability and precision of GPS—and there are high stakes, with people's lives on the line.

“If I’m using my cell phone to find a pizza place, and I get there and the pizza place is not there, that’s an annoyance. If you take the same GPS device and couple it into your car’s control system, that’s totally different. It could be taking you into a wall or off a bridge into the Chicago River,” says Pervan. “If a pilot needs to land an airplane in zero visibility conditions, we can do that using satellites. There’s an obvious need for accuracy and a very low acceptable risk for failure.”

The prestigious award annually honors an individual for their “sustained and significant contributions to the development of satellite navigation.”

Pervan says it was a humbling experience to think about the people who have helped him along the way, including other Kepler Award winners such as Brad Parkinson, the father of GPS and Pervan’s former Ph.D. adviser.

“I’m really interested in the work, and to be credited for doing something that you really like, that means that somebody thinks it’s actually pretty good. How could you not like that?” he says.

The specific problems that Pervan has  worked on have shifted over the years. Pervan says that he started by focusing on avoiding errors such as satellite faults, but now the greatest threats to GPS are nefarious actors, making his job a type of wargaming, working to build defenses into the system.

“The potential [of this technology] is awesome. It’s not the type of work that’s going to sit on dusty shelves,” he says.

“Behind everything that I’ve done are my graduate students and postdocs. They are the ones that put in the sweat and the late nights and all of that. I get a lot of credit for the work that they do,” he adds.

In addition to research, Pervan was also honored for his dedication to education, which he says is something that has become increasingly important to him throughout his career.

“With research, you can make progress for one day and then be stuck for the next two weeks. But if I’ve taught a lecture or helped a student, I can go home and know that I’ve made a difference in someone’s life,” he says.

Pervan was the recipient of the Department of Mechanical, Materials, and Aerospace Engineering’s 2022 Excellence in Research Award.