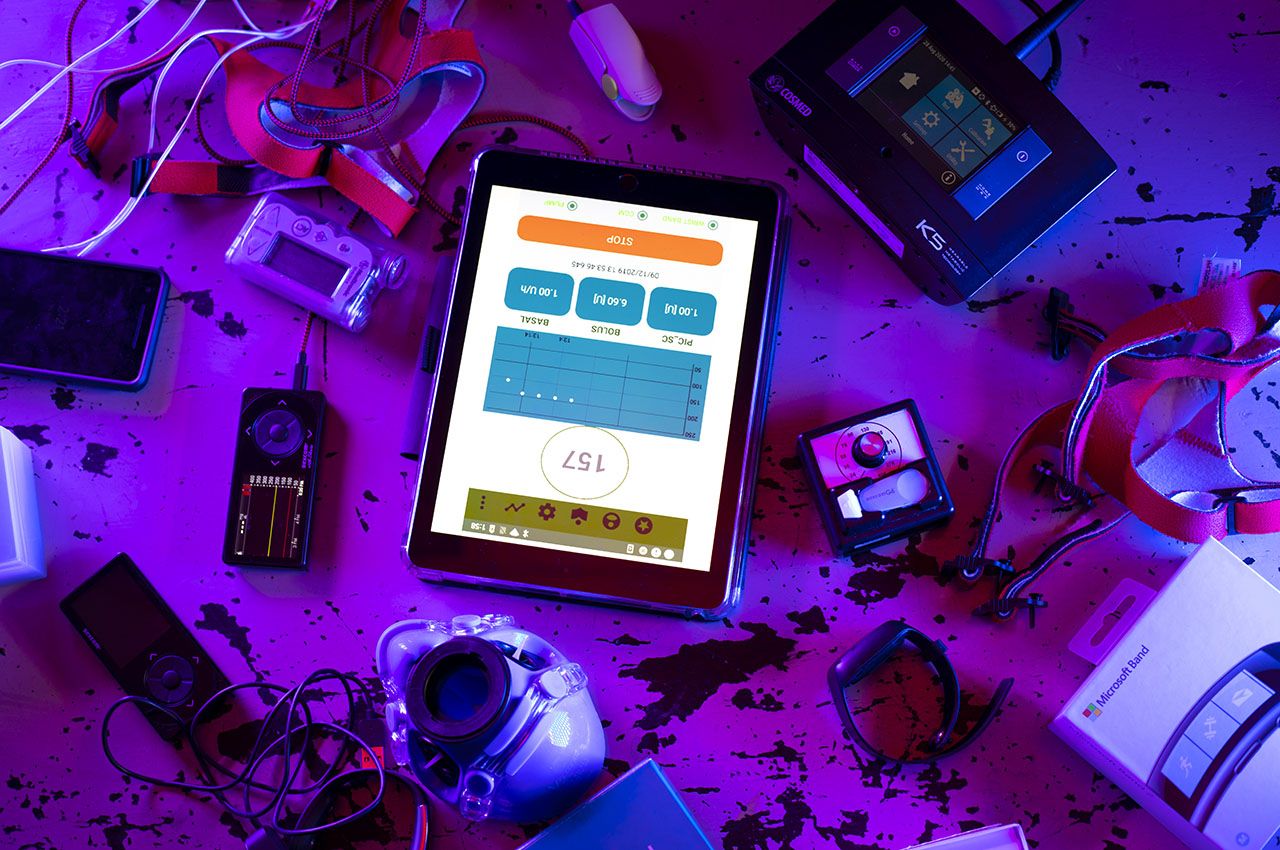 CHICAGO—December 8, 2022—A project led by Illinois Tech Professor of Chemical Engineering Ali Cinar that’s aiming to help ease the mental burden of people with Type 1 diabetes has received $1.2 million from the National Institutes of Health over the next four years to develop a machine learning system that can be integrated into his artificial pancreas system to enhance the accuracy of the artificial pancreas.

The typical person with Type 1 diabetes has to make between 100 and 200 decisions every day just to keep their glucose levels stable.

“Part of the function of their pancreas is turned over to their brain,” says Cinar, who is also the Hyosung S. R. Cho Endowed Chair in Engineering.

If they misjudge or forget to provide the appropriate insulin dose, they may experience weakness, dizziness, fainting, or more serious symptoms when their glucose levels become too low. People with glucose levels that are frequently outside of the target range or are too high can experience long-term complications ranging from cardiovascular diseases and kidney failure to retinopathy.

Cinar has been on the leading edge of this technology for many years. His research group was the first to incorporate data about physical activity received through the sensors of wearable systems such as a sports wristband into the control system of the insulin-dispensing artificial pancreas.

This project goes beyond that, analyzing a person’s past behavior more extensively by using machine learning and personalizing the device’s decision-making algorithm to improve its ability to determine if someone is or will soon be engaging in behaviors that could impact glucose levels.

The predictive ability is important because there is a delay between when insulin is administered and when it begins to act.

“If someone eats lunch at noon every day and the meal has usually 20 to 30 grams of carbohydrates, then if their current blood glucose level is not very low, at 11:45 we could say, ‘Everything indicates that the trend of this day is a typical weekday for this person, so let’s give them, not the whole dose of insulin, but a little bit of it so that it will blunt the meal effect on the glucose,’” says Cinar.

Machine learning and artificial intelligence algorithms developed in collaboration with Associate Professor of Computer Science Mustafa Bilgic will match the pattern of the current day to the behavior patterns of the specific individual.

The system would assign a probability to the likelihood that the person will be eating lunch soon based on the behavior of the person on the current day and administer an insulin dose accordingly. Then it would continue to monitor the glucose level, and if, as expected, it starts to rise because the person is eating, additional insulin would be administered.

Current automated insulin delivery systems on the market require that the user calculate the carbohydrates in their meals and manually report it to the system. They also expect that the user will make manual adjustments when exercising. This takes time and effort, and it leaves this critical medical function open to human error.

Some groups such as children or forgetful people are disproportionately at risk of not entering their calorie information or inputting it incorrectly.

Current monitoring systems also miss a lot of complexity that can impact glucose levels. Beyond food and exercise, stress, sleep, and other factors can either increase or decrease glucose levels.

A person managing their insulin manually may consider these factors in deciding about the insulin dose, but Cinar aims to design the artificial pancreas to sense and incorporate the presence of these factors in automated decision-making.

If a person is under stress, a system that infers physical activity based on heart rate information may assume that they are exercising because their heart rate is elevated. But stress and exercise impact glucose levels in opposite directions, so the system may reduce insulin and make things worse, increasing their blood glucose even further.

Plus, multiple factors can occur simultaneously. In a race, a long-distance runner’s glucose level could be impacted by the combined effect of exercise, stress, and any food they eat during the run.

“That’s why we really changed our focus from just detecting exercise to detecting the state of the person,” says Cinar. “And it’s becoming more and more interesting and challenging.”

With enough historical data, Cinar says the machine learning system could even learn to predict the behavior of a person with seemingly irregular habits.

“The advantage of powerful machine learning tools is to be able to tease out the secondary relations that exist. No matter how erratic people claim that their behavior is, there are always certain patterns that can be captured,” says Cinar. “It could be five patterns for someone who is very routine-based and 15 patterns for someone less routine-based. The system can look at how the day is developing on and then look at the dictionary of patterns to say, ‘Oh, this is similar to pattern number 17, so let’s assume that the rest of the day will go accordingly.’”

In short, Cinar wants to give people with diabetes the chance to live their lives without constantly evaluating if they need to log what they’re doing into their insulin delivery system.

“Someone may be running to catch the bus because the bus is coming too soon or they were late leaving their home. That’s not something that they want to stop midway to adjust the insulin dosing. So that’s why we would like to make a fully automated system,” says Cinar.