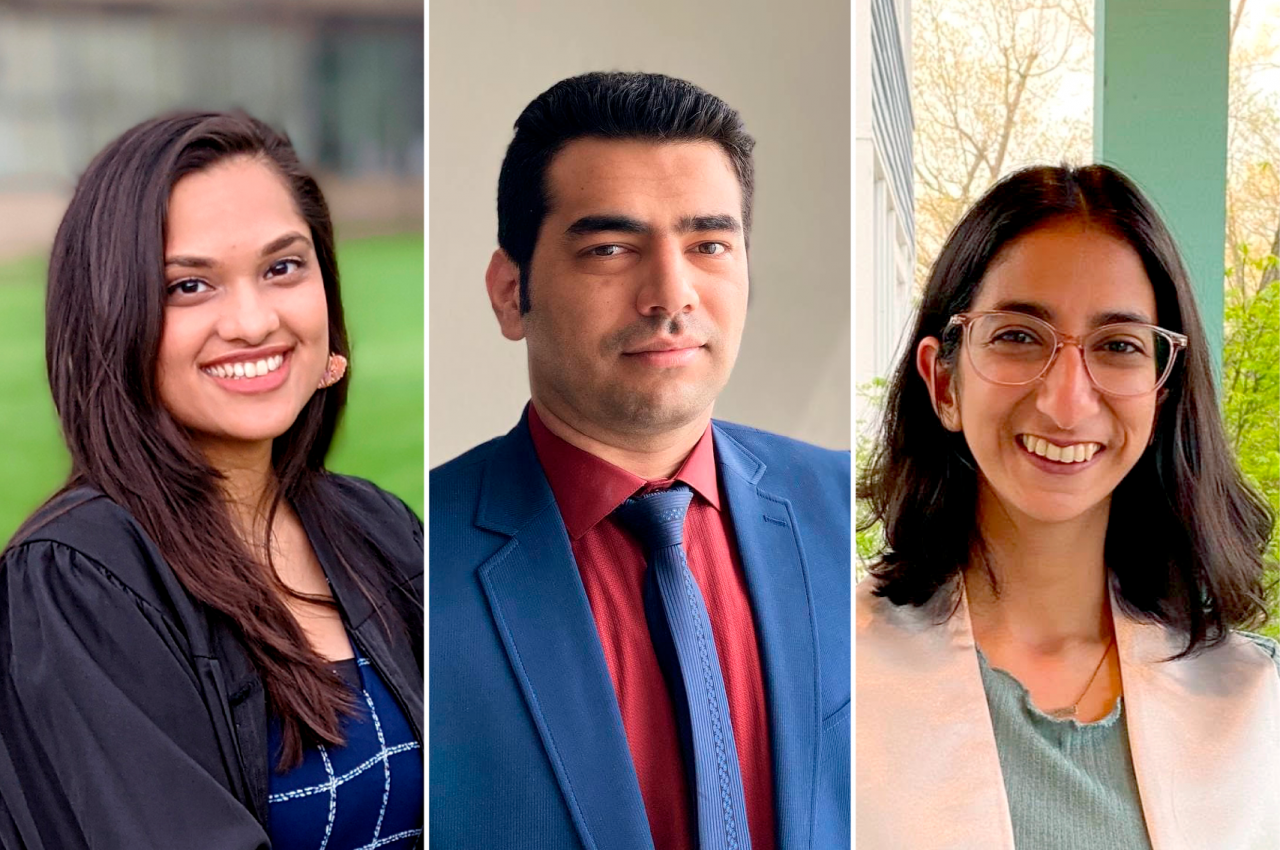 Four students in the Department of Civil, Architectural, and Environmental Engineering at Illinois Institute of Technology were among the six students in Illinois to be awarded American Society for Heating, Refrigerating, and Air-Conditioning Engineers (ASHRAE) Illinois Chapter Scholarships in 2021.

Khuwaja is a member of the Women in ASHRAE mentorship program and is a conference coordinator for the Illinois Tech student chapter of ASHRAE. “My passion for resilient buildings emerged when I participated as a student researcher in the Armour R&D Program at Illinois Tech, working with building energy modeling,” says Khuwaja. She says the program taught her about sustainable building materials and energy-efficient design.

During her time at Illinois Tech, Khuwaja has been active in Engineers Without Borders and Society of Women Engineers and volunteered at the local Museum of Science and Industry. “I definitely feel way more confident in my abilities to make an impactful contribution to sustainable infrastructure engineering, especially within leadership, thanks to the opportunities I have been provided in the various executive boards at Illinois Tech,” she says. Khuwaja is a Retail Development Engineering Intern at Tesla in summer 2021, and where she says she hopes to implement all that she has learned at Illinois Tech and pay such opportunities forward.

Salimian Rizi’s passion for HVAC and academic research has led him to be actively involved in the Illinois Tech student branch of ASHRAE. He’s currently the branch’s president and a member of the executive board. In summer 2020, he interned at QCoefficient.

“My principal goal is to continue my research in the field of high-performance buildings, including optimal control of HVAC systems, building energy conservation, and building sustainability,” says Salimian Rizi. “With the development of society and advances in technology, energy consumption is one of the most important parameters that should be assessed in every industry.”

Salimian Rizi works with Professor of Architectural Engineering and Department Chair Brent Stephens and Assistant Professor of Architectural Engineering Mohammad Heidarinejad in the Built Environment Research Group. “They have a broad knowledge and very good connection with industry firms in this field. So, getting such experiences definitely makes my path much easier to make a bridge with industry and prepare myself for a career,” says Salimian Rizi.

Receiving this award for the second year in a row, Shah is currently vice president of the Illinois Tech student chapter of ASHRAE and Society of Women Engineers. She says, “sustainability is a vital component of buildings in the struggle to preserve Earth. Humans spend about 90 percent of their lives indoors, and buildings make up 40 percent of energy consumption in the United States,”

This drives her goal to engineer creative solutions to building energy use. “I want to do this through the building automation sector,” she says. “I enjoy thinking of it as the brain of the building, where multiple functions are controlled through a central system.”

Shah was also on the Illinois Tech student team that won the Retail Buildings Division of the United States Department of Energy Solar Decathlon Design Challenge in 2021, a project that is designed to give students experiences similar to that of a professional engineer. “We learned not only how to work through problems but also to think about how our solutions would be applied in a real setting,” says Shah.

Shah contributed to the local community, volunteering with children with physical disabilities through KEEN Chicago earlier in her college career, and she is an active member of ASCE, Kappa Phi Delta sorority, and Citizen's Climate Lobby at Illinois Tech.